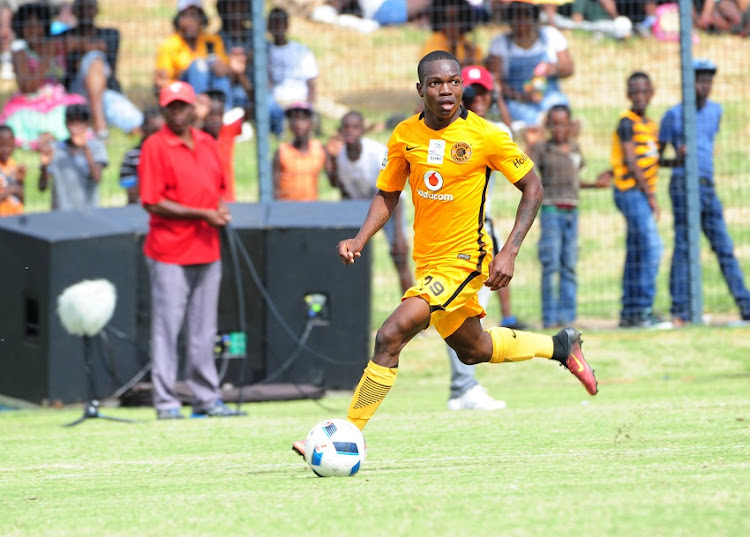 Kaizer Chiefs striker Emmanuel Letlotlo will get the chance to kick-start his career after signing on loan for Baroka FC in the coming campaign.

It comes as the Limpopo cub released Ivorian forward Armand Gnanduillet without the player kicking a ball for the team as he was deemed not what was needed by new coach Wedson Nyirenda.

The 22-year-old Letlotlo will be hoping to resurrect his fortunes after nearly a year on the sidelines with a serious knee injury‚ stunting his progress after he had been touted as a future star having excelled in the MultiChoice Diski Challenge for Chiefs.

He top-scored in the MDC with nine goals in the 2015/16 season‚ and was then drafted into the AmaKhosi first team‚ making his debut against BidVest Wits in August 2016.

But persistent injury problems have meant he has had to keep on rebuilding his confidence and proving his fitness.

He has six appearances in all for Chiefs with no goals scored.

Nicknamed ‘Adebayor’ after the Togo international striker‚ the Soweto-born youngster started playing at his father’s team Young Stars and has moved steadily up the ranks with the AmaKhosi.

Letlotlo will hope for a solid campaign under another former Chiefs striker‚ Zambian Wedson Nyirenda‚ who took over the coaching reigns at Baroka ahead of the new campaign.

The 26-year-old had arrived after being released by English lower league side Blackpool‚ having turned out for a number of clubs in that country‚ as well as back home in France.

He is an Ivory Coast Under-20 international‚ but has not played for the senior national side.

He was named as one of 10 new signings three weeks ago‚ along with Zimbabwe goalkeeper Elvis Chipezeze‚ Namibia international left-back Ananias Gebhardt‚ who was previously with Jomo Cosmos‚ Burundian attacking midfielder Hussein Shabani from Rayon Sports and Botswana playmaker Orebotse Mongae from Miscellaneous FC.