'Rulani call not done via Bucs' 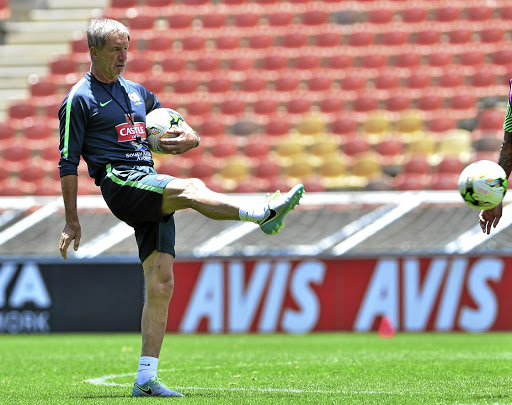 The SA Football Association (Safa) has been caught up in yet another administration bungle.

This comes after confirmation by Bafana coach Stuart Baxter yesterday that "protocol wasn't followed 100%" when it was announced that Orlando Pirates assistant coach Rulani Mokwena would be a part of the travelling squad to Zambia for this week's four-nations tournament.

Baxter announced the squad a week ago and included Mokwena. He explained at the time that the idea was "to empower young coaches".

In an interview with Sowetan, the 32-year-old Mokwena expressed his joy at his work being recognised, but warned that he had not received confirmation from his club.

It now turns out Mokwena was right because Safa seemingly jumped the gun in naming him in the squad without consulting Pirates.

Baxter, though, justified the blunder by pointing out that they got late notice the tournament and didn't have enough time.

"But we [including Pirates] all agreed that the concept is a good one and Rulani is a good candidate.

"No one is arguing and it's just a question of let's do it at the right tempo that suits everybody."

Pirates have distanced themselves from this saga. Bucs administrator Floyd Mbele said yesterday Pirates would always consider each call-up.

"At the moment we can't even talk about Rulani, because for us there is nothing that has happened.

"It's just something that we saw once the team was called up, but nothing further to that."

The latest blunder comes just a few months after Safa believed midfielder Andile Jali was suspended for the World Cup qualifier against Senegal at Peter Mokaba Stadium on November 10 after TV broadcasters had claimed he had picked up a yellow card in a match against Burkina Faso.

Safa later made a call to Fifa to enquire and were told Jali is not suspended, but this only came to light in the final days before the match.

Jali started on the bench as Bafana lost 2-0 and subsequently failed to qualify.