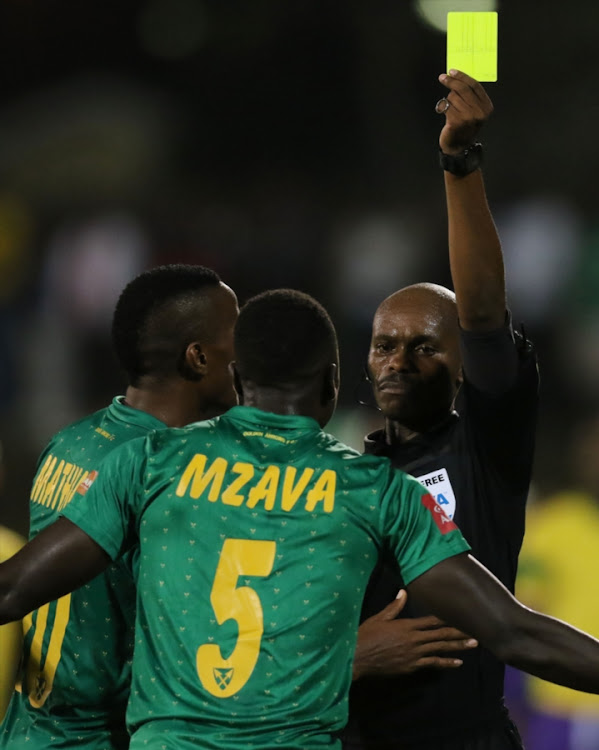 The Arrows defender was mistakenly sent off for a second yellow card by referee Thando Ndzandzeka shortly after the restart at the Princess Magogo Stadium with Pirates leading 2-0.

The card should have instead been flashed in the face of Mzwandile Buthelezi (jersey No.3) following a two-footed challenge on Luvuyo Memela and not to Mzava (jersey No.5)‚ who had already been shown a yellow card in the first half.

Safa arrived at the decision to rescind the red card after referee Ndzandzeka apologized in writing for the mistaken identity sending off.

“We have since written correspondence to this effect to the club and the Premier Soccer League‚” said Tenda Masikhwa from Safa’s Referees Department in a statement on Monday.

“The referee has since written an acknowledgement letter that after reviewing the match‚ he had shown the yellow card to the wrong player.”

The Malawi national team captain Mzava was far from the incident that resulted in him receiving the marching orders.

Despite the Arrows players’ pleas to alert the referee of his error‚ Ndzandzeka stood by the decision to reduce the home side to 10-men.

Arrows are placed 12th on the Absa Premiership log standing with 27 points from 24 matches.