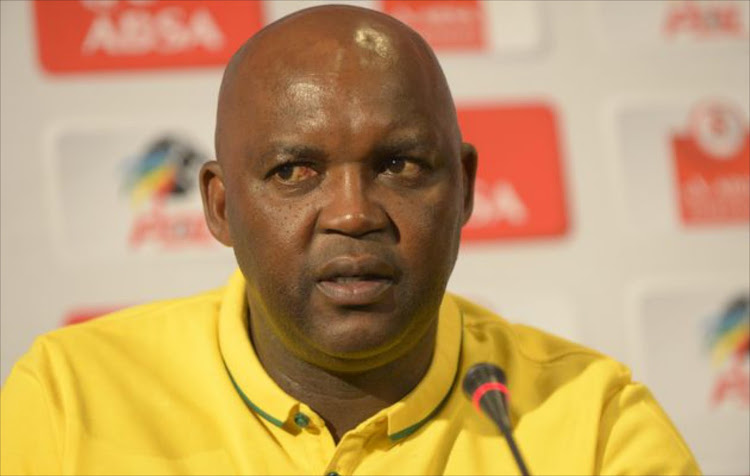 The Absa Premiership is the No. 1 league in Africa‚ without any doubt‚ Mamelodi Sundowns coach Pitso Mosimane has said.

While the league regularly comes in for criticism from South Africans‚ especially for a lack of goals‚ and Mosimane this week raised his own concerns over TV analysts praising defensive football‚ Downs’ coach has no doubt that in competitiveness the PSL is the best on the continent.

Being presented with the league’s coach of the month award for December‚ Mosimane was asked if the PSL is improving.

“There’s been a big‚ big improvement. And you can ask Percy (Tau‚ seated next to Mosimane) and my players‚” Mosimane said.

“We play Champions League‚ against the champions who represent their countries. And the PSL is unbelievable.

“It’s improved to the extent that I think we are No. 1 in Africa. Probably financially too. Coverage‚ media‚ TV.

“I mean we can hardly find TV footage on opponents we play in Africa – even from Egypt. You find footage that’s blurry.

“We won Champions League in the final (2016). And we had no reason to have lost (in the quarterfinals last year) to Wydad Casablanca (the 2017 winners).

“Percy was complaining about the Ugandan linesman who said he was offside all those times one-on-one with the keeper. There were no offsides.

“As a technician‚ I look at world football and African football. Sundowns find it difficult to unlock teams here (in the PSL).

“We can unlock Al Ahly‚ Zamalek‚ Esperance. So why should you not believe that the PSL is in the right position?

“And sometimes we are not talking about our league. We don’t brag about it.

“I complain about referees – you know that. But go to Africa – it’s worse.

“The coaches are doing very well. Before the fitness levels weren’t so good. Sundowns had an edge three years back‚ even on big teams.

“We know because we check the stats‚ doing comparisons of players and saying‚ ‘Look at the winger of this big team’. How may sprints‚ how many kilometres.

“Now teams can match us physically and for preparations and organisation. So what is left is for us to outsmart them with tactical cleverness.

“But still it has become so difficult. Everybody trains the same way. Everybody’s got analysts – OK‚ I’ve got four.

“If there’s any other league in Africa you say is better‚ tell me the name and we can talk about it.”

Pitso Mosimane has said he considers cancelling his DStv subscription when he listens to TV analysts praising negative football.
Sport
3 years ago

Percy Tau and his coach Pitso Mosimane agree – the Mamelodi Sundowns star belongs in Europe‚ but not just yet.
Sport
3 years ago

Mamelodi Sundowns coach Pitso Mosimane has hinted that new Uruguayan forward Gaston Sirino has been brought in as a potential replacement for Khama ...
Sport
3 years ago

Mamelodi Sundowns head of technical department Erik Hamren insists there are no two centres of power.
Sport
3 years ago
Next Article