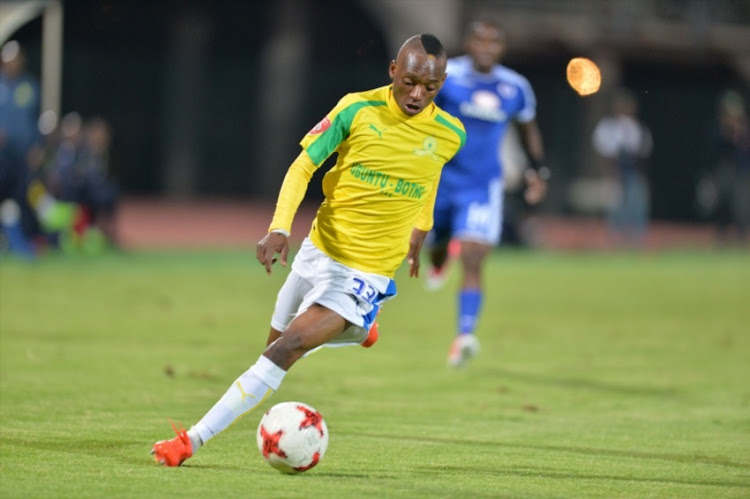 Khama Billiat has not renewed his contract with Downs and has suitors locally and abroad.
Image: GALLO IMAGES

There are options galore for Mamelodi Sundowns star Khama Billiat as he ponders his future.

The Zimbabwean forward is in the last six months of his contract with the Brazilians and speculation about his next move is in overdrive.

Billiat, 27, has declined a contract extension and as things stand, the 2015/16 PSL Footballer of the Season has as many as six clubs chasing after his signature.

The player's agent Siyabulela Loyilane refused to comment on the player's future yesterday, but Sowetan has established that Billiat will not be short of options.

Sundowns boss Patrice Motsepe hinted yesterday that Billiat is set to move on.

"The minute a player gets an opportunity [to leave] the job for us is to make sure that we have enough players," Motsepe said.

Besides Billiat, there are a few players who could be heading for the exit in this transfer window.

Botswana international Mogakolodi Ngele has so far been linked with the likes of SuperSport United and Platinum Stars, while Stars are also thought to be after midfielder Sibusiso Kumalo.

Defenders Thabo Nthethe and Asavela Mbekile are
hoping for at least loan moves in search of game time.

Billiat, meanwhile, has scored 41 goals in 128 appearances for Sundowns since 2013 and bar injuries, he's continued to be one of their key players.

It's no surprise then that a host of clubs are after him. Azerbaijan side Qarabag have reportedly put in an offer and Billiat is thought to be happy with it.

Locally, the player has been linked with Kaizer Chiefs,
Orlando Pirates and Bidvest Wits.