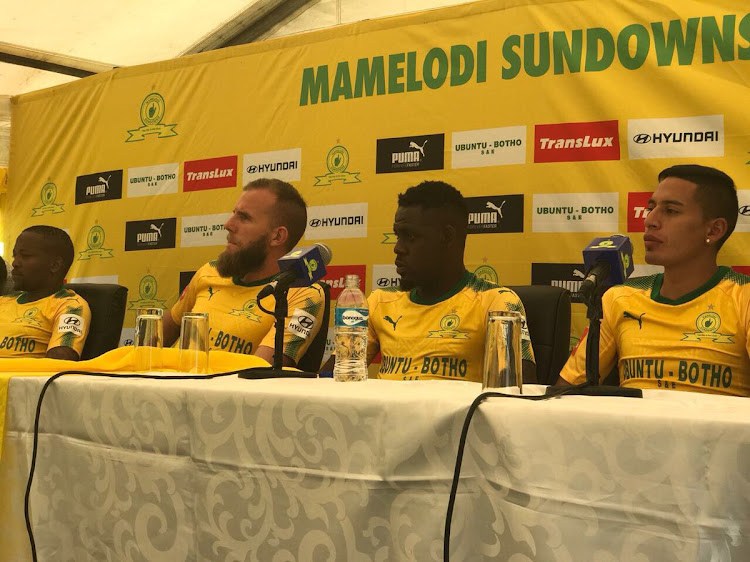 Mamelodi Sundowns stand to lose two of their top players‚ most likely to Europe‚ before the end of the month‚ said club president Patrice Motsepe as the Brazilians announced four new signings and a new head of technical on Wednesday.

Uruguayan winger Gaston Sirino‚ whose deal was concluded from Bolivian side Club Bolivar on Tuesday‚ was the fourth signing in Downs' impressive list of acquisitions in the January transfer window unveiled at the club's Chloorkop headquarters.

Motsepe said Downs' January signings had been made with an eye to the future‚ and eventually replacing some aging stars‚ and the two who might leave this month.

"We have to think what Sundowns are going to look like in two years‚ four years‚ six years‚" Downs' president said.

"And some of our current players have taken a long time and effort for us to develop.

"The other issue is that some players are going to leave the club.

"And that will happen‚ because players need to go and develop elsewhere.

"Right now two of our top players stand to leave before the end of this month‚ and that's a good thing.

"And that's why we have to get exceptional players to replace them."

Motsepe said Anders had been brought in to strengthen Sundowns' youth structures.

"We got him in because for many years now we have thought that we must get our academy even more focused.

"He's our new head of the technical department.

"He'll help with the academy and ensure that some of the young boys consistently go on to play for Bafana Bafana.

"And he'll also make a contribution to the senior technical team.

"It's about this continuous exchange of ideas."

Downs' forward star Khama Billiat has been a long-time target of overseas clubs‚ and seems likely to make a move this January.