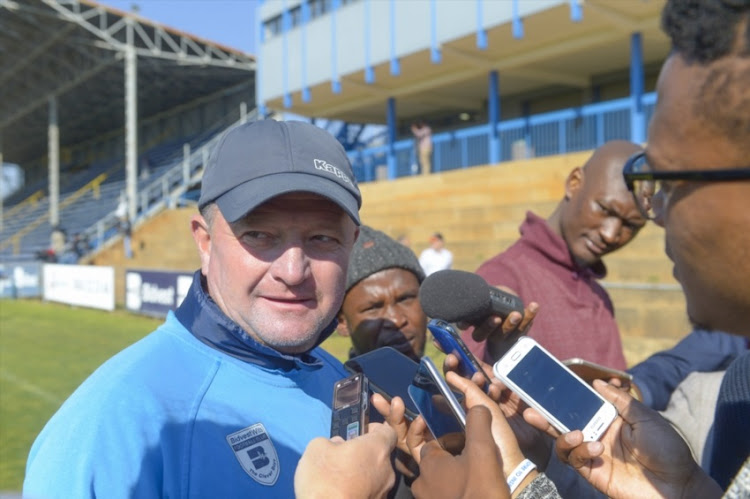 BidVest Wits coach Gavin Hunt is “hopeful” he will have more players added to his squad amid talk that a deal to bring Orlando Pirates utility player Abbubaker Mobara to the club could be concluded this month.

But Hunt admits that the league champions are looking at a wide range of players.

With participation in the African Champions League looming‚ the start of the Nedbank Cup next month and with the club still in a perilous position in the league‚ Hunt believes that his squad needs further strengthening.

The versatile Mobara can play at right-back‚ centre-back or in the central midfield and Hunt admits he still wants more players in this window.

“Hopefully something will happen.

"I am not involved‚ the chairman and my CEO are involved‚ so hopefully things will happen in the next day or two‚” Hunt said.

German-born Ghanaian Weidlich is in line to make his debut against Bloemfontein Celtic in a home league clash on Friday as Wits seek to move off the bottom of the table.

Hunt hinted he might go straight into the side as well with the likes of Thulani Hlatshwayo‚ Buhle Mkhwanazi and Gyimah having not featured much of late and with a lot of football to be played between now and the end of the season.

“We have got a bit more back now‚ which is important‚ that will help us. Denis will be available for Friday and that is a big plus for us‚” Hunt said.

“It gives you a situation where … those two [Hlatshwayo and Mkhwanazi] haven’t played a lot of games‚ they have been missing for various reasons.

“And you need consistency in the standard and level of players. At least we have got somebody now who can help us in that position. That’s important for us.”

Hunt also believes it was not a failed experiment to bring in Montenegrin centre-back Slavko Damjanovic‚ who has departed after just six months‚ rather than purchasing a local player with PSL experience from the outset.

“The problem is you can look local‚ to buy local … we’ve got no money‚ we don’t buy players.

“He came into an awkward situation‚ the team was losing from the first game.