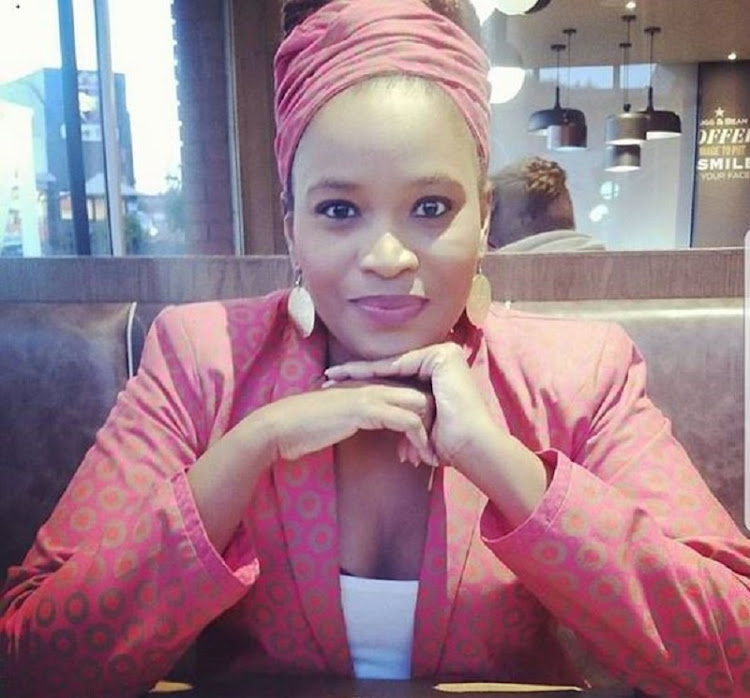 It seems Celeste Ntuli's rant over Zodwa Wabantu's pantyless antics may have opened the door for others to speak out and actress Ayanda Borotho has joined in with scathing words for women in the same category.

Taking to her Instagram‚ the Isibaya actress slammed the narrative that walking around naked is considered being liberal or feminist.

"If walking around naked is being liberal and being a feminist‚ then I clearly didn't get the memo. Where are the men who dangle their private parts? If you wouldn't like to see your own daughter do the same‚ then don't call it freedom of expression‚" she wrote.

Ayanda went to explain that "no sane mother/parent" would accept the message that it's okay for someone to tell their daughters that they should use their private parts to get what they want.

She went on to quote Zodwa on the viral video that led Celeste Ntuli to call the entertainer out.

In the video of Zodwa is heard addressing a crowd and telling women to use their "asses" to get what they want. Zodwa said that women have sex on their side‚ so why not use it to their advantage.

'It's disgusting!' - Celeste Ntuli drags Zodwa for not wearing panties

Comedian Celeste Ntuli has launched a scathing attack on Zodwa Wabantu‚ labelling her actions disgusting and degrading to black women.
Entertainment
4 years ago

"No sane mother or parent can accept that it is ok to stand up on a public platform and tell our daughters or young females that they should use indunu (a**) to get what they want because siyadliwa (they have sex)!" Ayanda said.

The actress said allowing such a narrative perpetuates stereotypes.

"We are perpetuating the very core stereotype of patriarchy that objectifies women and at the top of that list is "sexual objects". We cannot say it's ok to perpetuate such a dangerous narrative. We are already not safe as women and girls. And now we are telling men we deserve it.'"

Ayanda went on to thank Celeste‚ who is her colleague on Isibaya‚ for sharing her unpopular opinion.

"To Celeste.... Thank you for standing alone in the midst of an attack that was senseless when you spoke your own truth. Power to women who will not be silenced!"

Celeste was on Power FM with Bob Mabena when she labelled Zodwa "disgusting" for her pantyless antics.

Zodwa hit back and said Celeste also makes money for her craft and should not judge her.