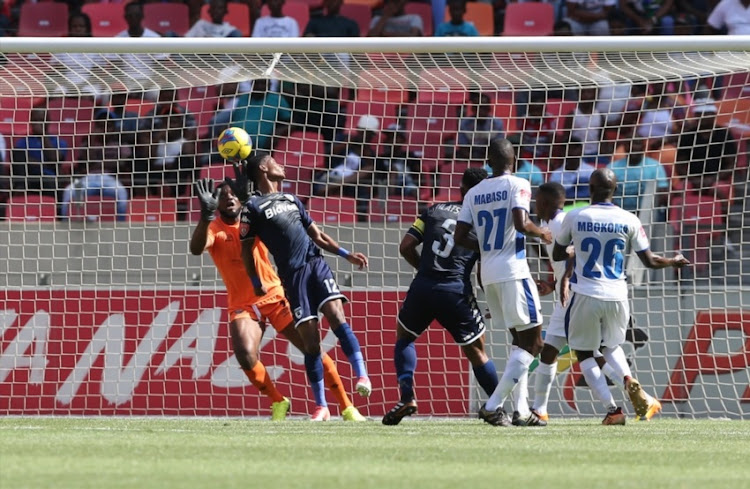 Chippa United grabbed a late share of the spoils against Bidvest Wits when the teams played to a 1-1 draw in their Absa Premiership soccer fixture at a sweltering Nelson Mandela Bay stadium yesterday.

Goals from the Chilli Boys’ Kristopher Bergman and the visitors’ Vincent Pule saw the teams take one point each away from the intense fixture.

For Gavin Hunt’s basement-dwelling Wits‚ there were promising signs in the mid-week encounter when they beat SuperSport United.

They also came into this fixture having not lost a match at Nelson Mandela Bay stadium and they managed to retain that record.

But they will be disappointed to have conceded the 81st minute Bergman goal.

Teboho Moloi has always underlined the importance of winning home matches and may have been disappointed that his team were not able to bring home maximum points in their backyard.

But all considered he will likely settle for the point.

Wits should consider themselves fortunate with Chippa United missing golden opportunities in the second half to score and consolidate their position in the top eight of the log.

The game started off at a slow pace with both teams keeping tight defensive lines at the back.

The home side was first to threaten and showed their hunger for a goal in the opening minutes of the game with an attempt from Linda Mntambo that went wide of the post.

Wits drew first blood in the 20th minute when the Chilli Boys were caught napping in the penalty area and striker Pule pulled off a thunderous shot that gave the Clever Boys an early lead.

From then onwards it was the Port Elizabeth outfit who had plenty of chances as they showed their eagerness to level matters.

SuperSport United striker Jeremy Brockie was spotted at Mamelodi Sundowns' headquarters in Chloorkop on Sunday morning as his eminent move to the ...
Sport
4 years ago

They were hoping a free kick from Mxolisi Machuphu would give them the much-needed equaliser but Wits goalkeeper Darren Keet snatched the shot in mid-air to deny the Chilli Boys a goal.

Chippa United missed a glorious opportunity to find the back of the when Machuphu’s attempt at goal in the 40th minute missed the post by inches.

Communication in the Chilli Boys’ camp started breaking down towards the end of the first half and they were seen making careless mistakes.

They‚ however‚ regrouped and began to look more and more dangerous upfront with Linda Mntambo giving Keet a headache with back-to-back shots at goal.

They were fighting hard to level matters with Wits but were failing to find the back of the net.

The Chilly Boys found their groove in the dying minutes of the game when Bergman scored a brilliant goal from range.

Pressure started mounting in the Clever Boys camp and they incurred a yellow from a dangerous tackle just outside the box.

Mntambo’s shot did not to find the target and they settled for a draw.