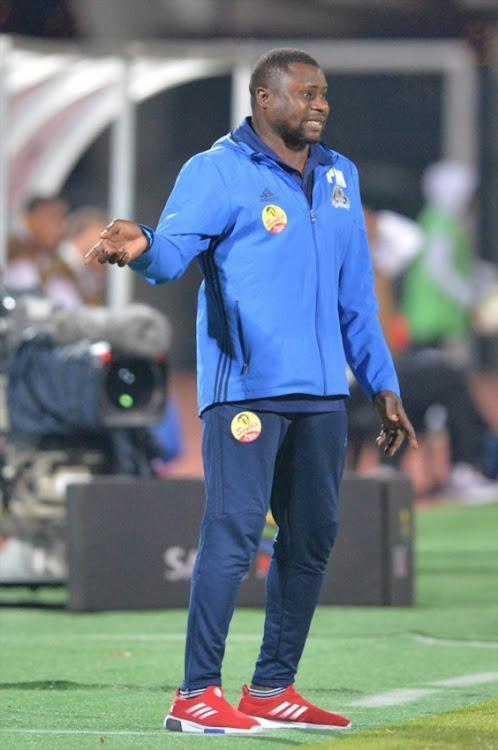 TP Mazembe coach Pamphile Mihayo credited their defence of the CAF Confederation Cup against SuperSport to a combination of experience and a good tactical plan which was well executed at Lucas Moripe Stadium on Saturday night.

The second leg of the 14th Confed Cup final ended 0-0‚ giving Mazembe a 2-1 aggregate win after their victory in the first leg in Lubumbashi last Sunday.

Although SuperSport had the lion's share of possession‚ particularly in the second period where they were looking for the all important goal‚ they only had their first real short on target after the 70th minute with Dove Wome testing Sylvain Gbohouo upon getting a good cross from Grant Kekana.

Even when Mazembe were reduced to 10 men after their Zambian anchorman Chongo Kabasa was red carded in the 82nd minute‚ SuperSport just couldn't breached the well-synch Mazembe defence.

"Our plan was always to go on the offensive in the first half and we should have taken the lead with two good chances we had in the first 15 minutes‚" said Mihayo (41)‚ who captained the Mazembe team that lost 3-0 to Inter Milan in the Fifa Club World Cup final in 2010.

"It was our plan to sit back in the second half‚ absorb the pressure and try to catch them on the break.

"I must give credit to my players for sticking to our tactical plan."

SuperSport United delivered a timid showing in the second leg of their African Confederation Cup final on Saturday‚ unable to stamp home authority on ...
Sport
3 years ago

With this victory Mazembe improved their cup pedigree on the continent‚ their triumph on Saturday giving them a remarkable 8th CAF competition winners' medal as they have also won the African Champions League five times‚ three less than Egyptian giants Al Ahly.

Mazembe also recorded history by winning three CAF Competitions in a row as they were winners of the Champions League in 2015 and Confed Cup last year.

They are the second team after Tunisian giants CS Sfaxien (3 titles) to successfully defend the Confed Cup.

Mihayo was asked about some of the aging stars in his team and how they've plan for their succession.

"We won't throw their experience away‚" he said.

"We will keep them as we want will to blend them with the new and young upcoming guys‚ so that we maintain the rich history of this club."