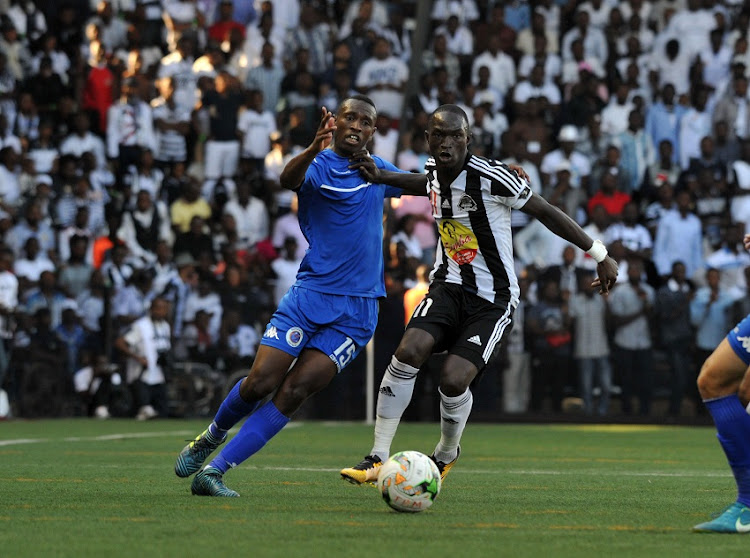 The holders from the Democratic Republic of Congo play the return leg at Atteridgeville on Saturday night (kick off 7.30pm) with a narrow 2-1 lead from the first match which saw both sides with a chance to claim victory.

Mazembe might have finished with a bigger lead had they not had two legitimate-looking penalty appeals turned down late in the game while SuperSport blundered at both ends of the field‚ missing early chances and then conceding soft goals.

“On Saturday in Pretoria‚ SuperSport will be trying hard to score first. On our side‚ we will put a tactics in place to control them‚” said Mihayo.

“We especially do not want to concede a goal in the first 15 minutes of the game.

“We hope to bring the cup home and to get there we must have the right tactics. We won the first leg‚ but there remains still a return of 90 minutes.

“We will fight to the end.

"Nothing is lost for us‚ I urge the Mazembe supporters and the Congolese to continue to hope. Thanks to their prayers‚ we will keep the title."

SuperSport United players are set to make their bank managers very happy if the club is able to emerge victorious in Saturday's Caf Confederations ...
Sport
4 years ago

Mazembe will have hearty support on Saturday‚ likely more than the home side‚ from expatriates in Gauteng even if SuperSport are making a major drive to get fans into their stadium to back their cause.

"I summarise the performance of my players in two parts: In the first period‚ they were not posed.

"I did not understand how they came under such pressure and I saw they were stressed.

“In the second half‚ I began to recognise my team. The one that knows how to put the ball on the ground and play to win.

“Of course we didn’t want SuperSport to get an away goal but in the end it was a result that I liked.

"I was happy with the result‚” the Mazembe coach added.

The Congolese will have an official training at the match venue on Friday night at the same time as the kick off.