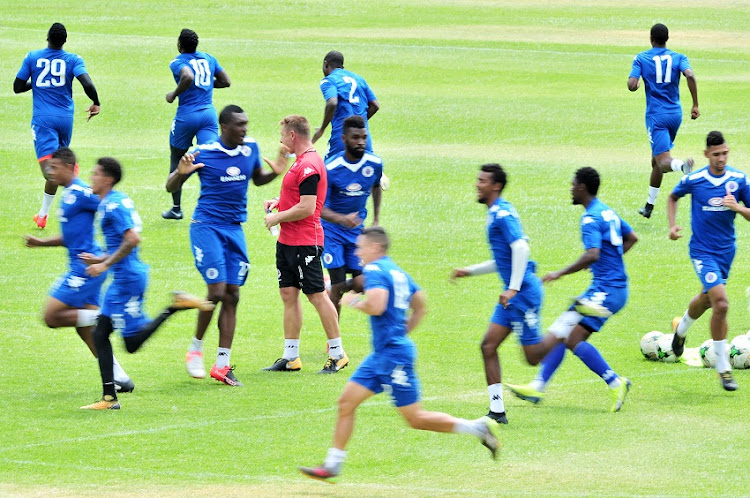 SuperSport United players are set to make their bank managers very happy if the club is able to emerge victorious in Saturday's Caf Confederations Cup final second leg against Congolese side TP Mazembe.

But it is unclear if the club's bosses will continue with their tradition of rewarding players with half of the total earnings in cup competitions if they win the continental title.

United boss Khulu Sibiya was at pains to explain the club’s position in relation to bonuses ahead of the continental showdown.

“It’s natural thing to give bonuses to people for having achieved something‚" said Sibiya when asked about bonus expectations if his players beat TP Mazembe.

"This is a standard procedure everywhere.

"We are not giving half or anything‚ it’s a standard procedure that we’ll work with.”

United lost 2-1 in the first leg away from home but there’s belief that the team will be able to turn the tables on Saturday as they have the benefit of home ground advantage plus the away goal they scored in Lubumbashi.

Winning the Caf Confederation Cup would complete the career of one of the most decorated players in South African soccer.Veteran Reinelwe "Yeye" ...
Sport
4 years ago

“We will give our players a token of appreciation for having reached the final of this magnitude‚" Sibiya said.

"For now‚ I will say let’s play the game and see what we get.

“I haven’t even made those promises to the players and I can’t start promising them through the media.

"There’s no quantum that’s been put to the players.”

United have already won a combined total R15 million this year after winning the Nedbank Cup in June (they beat Orlando Pirates) and the MTN8 (they beat Cape Town City) last month.