Jake White: Bulls’ match against Bok-packed Sharks is like a Test 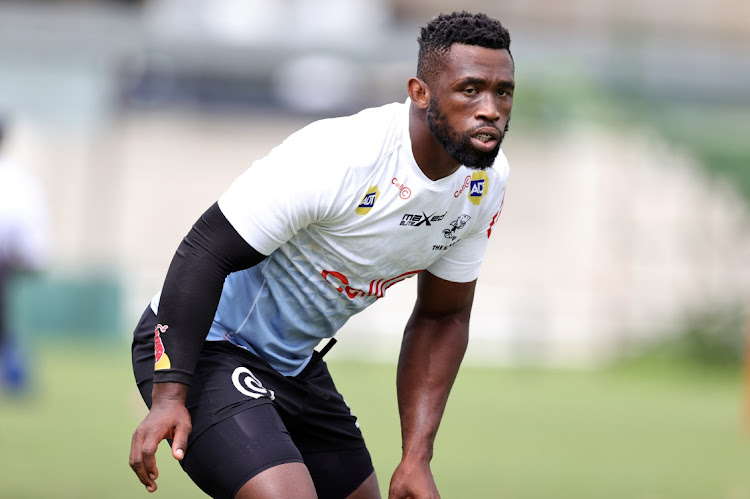 Siya Kolisi is of the many Springbok players named in the Sharks squad to take on the Bulls.
Image: Steve Haag/Gallo Images

Bulls coach Jake White said it will be like playing against the Springboks when they take on the Sharks during their United Rugby Championship (URC) match in Durban on Friday night.

In what is expected to be a bruising encounter, Sharks coach Sean Everitt has included Bok stars Bongi Mbonambi, Thomas du Toit, Siya Kolisi, Makazole Mapimpi, Lukhanyo Am and Sbu Nkosi in his starting line-up.

“At home with that kind of team, there is a little bit of a buzz. It is like a Test match and we are looking forward to it,” White said.

“We have been growing over the past 16 to 18 months as a team and we are looking to see where we are. We are talking about nine Springboks with guys like Bongi, Ox Nché, Lukhanyo, Siya, Mapimpi who played against England a few weeks ago.

“This is a huge test for us to see whether we are good enough to handle that sort of pressure of going away against a star-studded Natal side.”

In recent seasons, the Bulls have had the better of the Sharks in two consecutive Currie Cup finals at Loftus and White is expecting them to come for revenge.

Midfielder Damian de Allende has given an insight into his highly regarded on-field centre partnership with Lukhanyo Am that is widely regarded as ...
Sport
2 months ago

“It is a big week. Iit’s not only a local derby but a game we played in the Currie Cup final twice. They’ve got a Tongan international, Australian international, a Scottish international and nine incumbent Springboks and that says a lot about their squad.”

White said the Bulls are prepared for the match even though they have not played in a while.

“We gave our players three weeks off. Some other unions came back a little earlier and in hindsight it probably worked a bit in our favour because we didn’t play in the fourth week.

“Now everyone is probably in the same boat from a prepared point of view. That is the one area where I think we were a bit fortunate. We get to play another derby and I was saying to the players that we have played all these good sides and now it is almost like we are playing the Springboks.

“I think the Sharks at home with all those international players is going to be a huge test for us but I can tell you that we get to measure ourselves against an international side again.”

Rassie will be missed at Twickenham

Springbok captain Siya Kolisi has lamented the absence of director of rugby and occasional water carrier Rassie Erasmus from the team's clash with ...
Sport
2 months ago

Midfielder Damian de Allende has given an insight into his highly regarded on-field centre partnership with Lukhanyo Am that is widely regarded as ...
Sport
2 months ago

Sbu Nkosi was considered for a berth at wing in the Springbok team for the match against England at Twickenham on Saturday, but coach Jacques ...
Sport
2 months ago
Next Article