Blitzboks are pushed off the podium at Tokyo Olympics 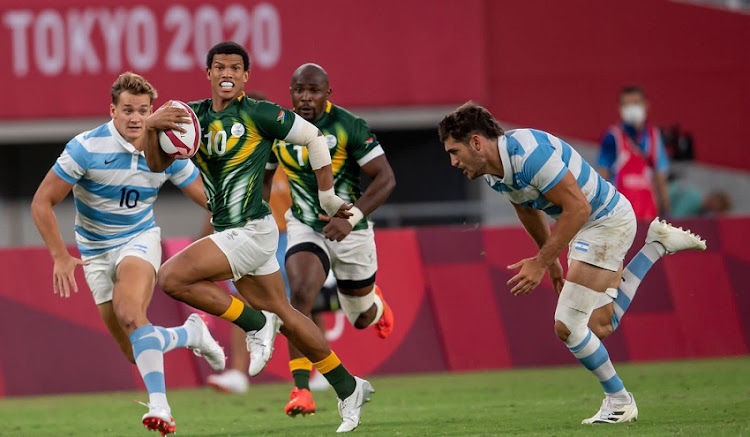 The Blitzboks became Team SA’s latest high-profile casualty when they were eliminated from the medal hunt at the Tokyo Games on Tuesday.
Image: TWITTER/Team South Africa

The Blitzboks became Team SA’s latest high-profile casualty when they were eliminated from the medal hunt at the Tokyo Games on Tuesday.

The rugby sevens side won the bronze at Rio 2016‚ but this time they couldn’t get to the semifinals.

After going through the group matches unbeaten‚ they went down 14-19 against Argentina in the quarterfinals and were scheduled to face Australia on Wednesday in the play-offs to decide the rankings from fifth to eighth‚ along with Canada and the US.

The men’s four rowing crew were the first casualty of the Games‚ and they will race in the consolation B-final on Wednesday instead of warring for a medal.

SA will have two medal contenders in action on Wednesday‚ Chad Le Clos in the 200m butterfly final and cyclist Ashleigh Moolman-Pasio in the women’s individual time trial.

In the build-up to the Games SA had five medal chances scheduled for Wednesday. Two are out while the third‚ Bianca Buitendag‚ converted by making the podium in a surfing competition that was brought forward by a day because of an approaching typhoon.

Henri Schoeman‚ the other bronze medallist from Rio‚ withdrew from the triathlon in the final run leg because of an injury.