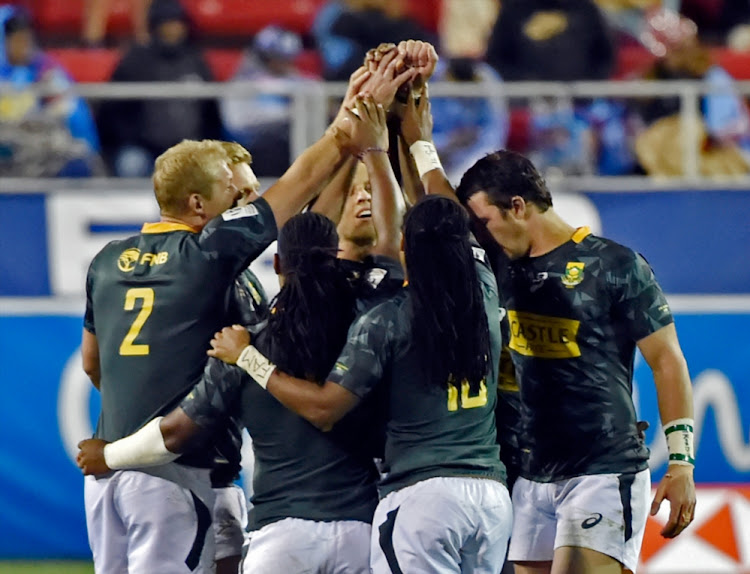 The Blitzboks rugby sevens team were thundered into quarantine on arrival in Tokyo after a passenger on their flight into Japan tested positive for Covid-19.

None of the 18-strong squad‚ which includes 14 players‚ tested positive‚ but they’ve been put away in a quarantine facility about 30 minutes from the Olympic village‚ the SA Sports Confederation and Olympic Committee (Sascoc) said in a statement.

The enforced but precautionary isolation highlights the strict protocols in place around the Olympics‚ which will run from July 24 to August 8‚ but even then‚ pundits are expecting that at least some competitors will be ruled out of the showpiece by positive test results along the way.

“It’s an unfortunate situation‚ but there is no real cause for alarm‚” Team SA chef de mission Patience Shikwambana said in a statement.

“We were notified that a passenger aboard the flight tested positive for Covid-19 on arrival in Tokyo‚” she said. The passenger was not linked to the squad.

“At this stage it is an unfortunate chain of events that despite exercising the strictest precautions and discipline during this pre-Games the sevens team have been affected in this way‚” Shikwambana added.

The Blitzboks‚ bronze medallists at Rio 2016‚ are considered one of SA’s strongest podium contenders in Tokyo and are scheduled to kick off their competition on July 26‚ playing in a group that includes the US‚ Kenya and Ireland.

The SA Olympic team is leaving in waves‚ staggered according to the dates of their actual competition‚ but the departures kick off in earnest this week.