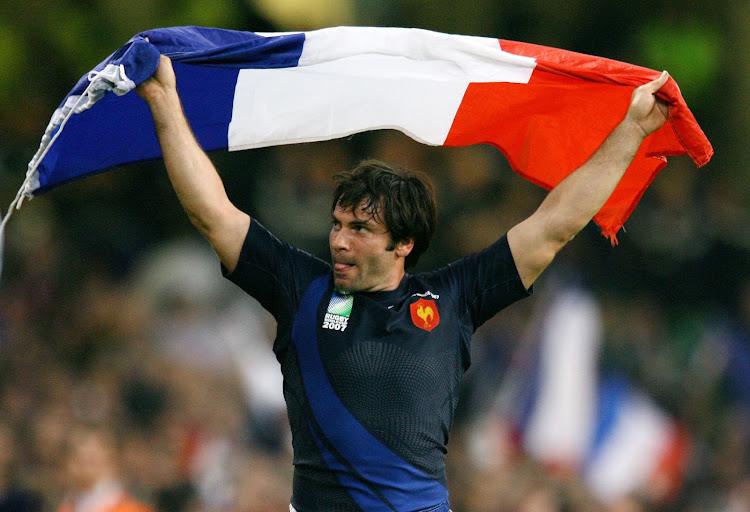 A headline earlier this week suggesting that the All Blacks were out to silence their 'haters' in their return Tri Nations match against Argentina this weekend brought back memories of the 1999 Rugby World Cup.

A week and a half ago Argentina famously upstaged the All Blacks for the first time and many outside New Zealand rejoiced at David getting one over Goliath.

It is perhaps akin to the collective shadenfreude that washes over the rugby world when the All Blacks‚ the game's long time pacesetters and standard bearers‚ bow out of the World Cup.

There was more cause for reflection on the 1999 World Cup and the way the All Blacks bowed out on Tuesday when the tragic news broke of former France wing Christophe Dominici's death in a park outside Paris.

An inquiry into the cause of his death is now underway.

But it is‚ however‚ more for his feats with the ball tucked under his arm that the 48-year-old will be remembered.

Diminutive Frenchmen have a way of asserting themselves of the world stage and Dominici picked his moment to perfection in the World Cup semifinal against the All Blacks at Twickenham in 1999.

France were staring down the barrel at 24-10 but had clawed their way back to 24-22 when Dominici‚ a player richly endowed with panache and flair struck‚ stepped up to the plate.

France engineered a turnover at the ruck near the halfway line‚ scrumhalf Fabian Galthie box kicked into space and after bouncing the ball seemed suspended in time lingering tantalisingly as Dominici‚ and All Blacks Andrew Mehrtens and Taine Randell‚ converged.

It was the speeding Dominici who plucked the ball away from the men in black with his right hand and scooted clear to hand France the lead they would not relinquish.

Dominici's wizardry had firmed the realisation that France could indeed upstage the All Blacks and the result was bedlam in the stands.

Things even got a little raucous in the press box.

The Springboks were knocked out a day earlier by the Wallabies‚ and the Kiwi media were keen to enquire about our travel plans home.

Press boxes are usually sterile work environments where no overt celebrations are displayed no matter how deep patriotic fervour runs through your veins.

However‚ every time France scored to close the gap on the All Blacks the 'neutral' journos would turn to the Kiwis with raised eyebrows.

By the time Dominici scored the neutrals vacated their seats arms raised‚ mimicking the rest of the stadium.

France went on to win 43-31 with Dominici along with Philippe Bernat-Salles‚ Christophe Lamaison and Olivier Magne among the All Blacks' main tormentors.

Despite the highlights on the show reel as well as in his luxurious head of hair‚ Dominici himself was tormented by his past.

In his 2007 autobiography he revealed he had suffered severe bouts of depression as a result of personal loss and being abused as a child.

On Tuesday a witness saw him climb the roof of a disused building in Saint-Cloud Park near Paris before he made a quick voluntary descent.

Stade Francais‚ the club he had represented for 11 seasons‚ paid tribute to their former star player.

“An international 65 times‚ his exploits in the blue jersey have dazzled thousands of young rugby players and allowed the French team to write some of the most beautiful pages in its history.

"Rugby genius and peerless companion‚ he leaves a great void in our big family. Our hearts go out to his family‚ his partner Loretta‚ his daughters Chiara and Mia.”

May the man who brought an entire stadium to its feet‚ rest in peace.