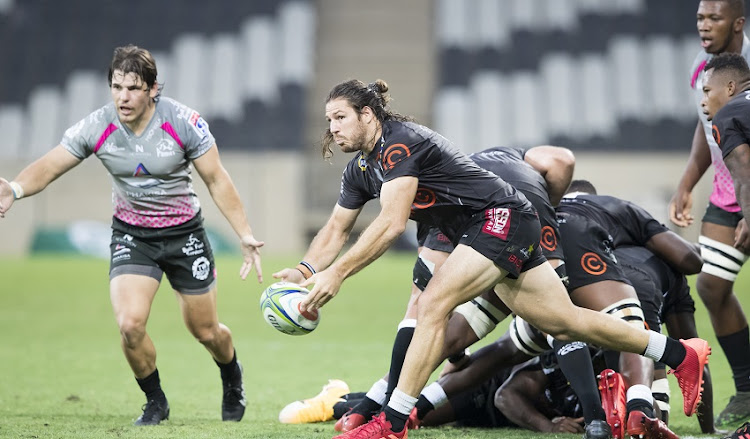 It were the Sharks who mauled and clawed their way to a 42-19 Super Rugby Unlocked win over the Pumas in Mbombela on Saturday.

It was a workmanlike performance from the Sharks who used the grunt and toil of their pack to draw the sting from the potentially dangerous hosts.

The visitors who led 28-7 at the break had made five changes to their pack that was outmuscled by the Bulls last week and the coaching staff got the desired result. The Sharks' forwards played with verve and vigour and were particularly potent when they deployed their maul.

They started like a team on a mission. They were on the scoreboard inside the first three minutes when fullback Manie Libbok dotted down after some good lead-up work from centre Marius Louw.

The Pumas weren't just prone to error, but their work ethic at times let them down too. A poor kick-chase afforded the Sharks space and time and left wing Madosh Tambwe lengthened his stride to run it almost unchallenged.

By the time hooker Dan Jooste crashed over at the back of a maul the visitors were three goals to the good inside the first quarter.

Although the Pumas upped the tempo and got some reward as the first half closed, their high error rate continued to stymie their progress.

S'bu Nkosi's hand off of Devon Williams on the cusp of the break perhaps brutally encapsulated how the match had unfolded up to that moment. While the heavy handed Nkosi profited by touching down it was a purposeful maul that got the Pumas onto the backfoot.

Dylan Richardson, JJ van der Mescht and Ox Nche were influential operators in the Sharks' pack, while Curwin Bosch was flawless from the kicking tee in converting all six tries.

The coaching staff however, will reflect on a fine collective effort.