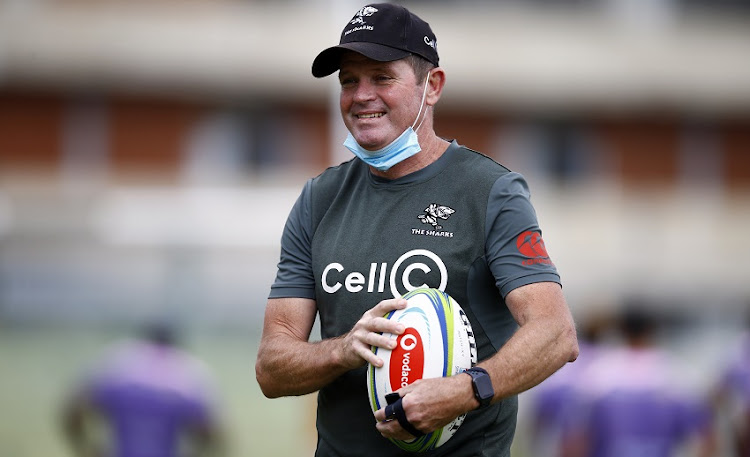 In the aftermath of the battering the Sharks received at the hands of the Bulls‚ it would be easy for Sean Everitt’s charges to reconsider what works and what doesn’t.

But the Sharks though are not panicking and through their captain Lukhanyo Am‚ their game model isn’t broke‚ so there’s nothing to fix.

“We’re working hard on our game model. It’s just that we struggled to do it well against the Bulls. It’s still too early for us to be changing or questioning how we play.

"We’ve seen it work before‚ so we’re backing our game model‚ so going into this weekend‚ there shouldn’t be many changes to the tactics‚ so we’ll try to play the style of rugby we’ve been playing‚” Am said.

Did the lockdown rob the Sharks of momentum?

Am doesn’t think so as all teams were grounded by Covid-19.

The Sharks were the best of the South African crop and while they had a clutch of South African derbies that were going to ask questions of their physicality‚ Am said they were close to clicking in the same manner they did pre-lockdown.

“We all went through the same stage in terms of lockdown and preparation. Maybe it’s losing momentum by having a bye after the first game. We’re going to play consecutive games and I think the momentum and the continuity will be much better this weekend‚” Am said.

“It’s just a matter of us clicking. It was unfortunate that we had the errors we had with regards to the set-piece and the kicking. That could have been influenced by the rustiness. The guys we have are the ones we played with in Super Rugby so we should click any time now.”

The Pumas‚ who were their own worst enemies in allowing the Stormers back into the game last week before being robbed at the death‚ aren’t being taken lightly by Am.

The Pumas‚ despite their losses against the Cheetahs away and the Stormers at home‚ have found a way of playing that’ll keep the Sharks on their toes.

“The Pumas have a pretty balanced team. They’ve got a lot of energy with ball in hand. Playing them on their home turf is going to be very interesting‚ but we’ve analysed‚ looked at opportunities and threats and we’ll take it from there on Saturday‚” Am said.