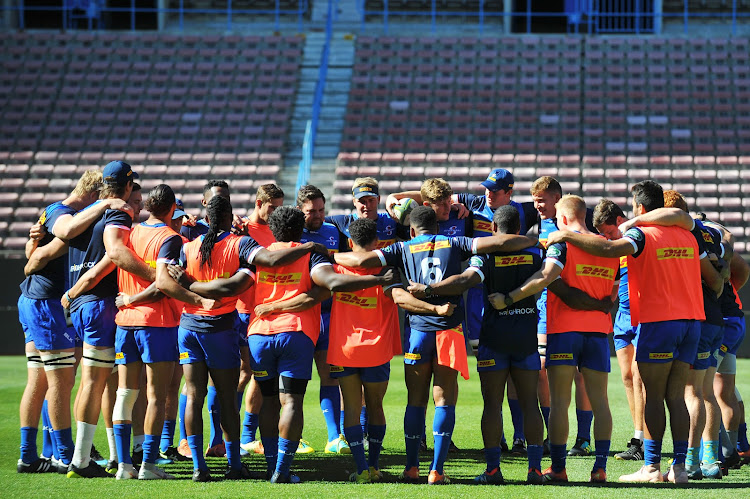 The Stormers players may be adhering to the Covid-19 enforced national lockdown but they have very little down time according to coach John Dobson.

The coach does not want his players to sit idly while the Super Rugby is in limbo and is desperate to have the second-placed team in the South African conference as close as possible to a state of readiness whenever the competition gets the green light.

The players have been armed with fitness routines and homework that requires them to do analysis. In fact‚ they are kept so busy the concept of self-discipline is made redundant.

“The players have got daily requirements‚ through an online app‚ to put their conditioning results in there and their weight‚ their sleep‚ their RPEs (rates of physical exertion) and they have to post videos of their conditioning.”

Dobson said the players are armed with tailored individual programmes.

“The fitness stuff is daily reporting and then they’ve each got their own work-ons in terms of their technical skills and the coaches are sending out drills.

“They’ve got technical projects like analysing our games‚ opposition games and world trends.

“They can rubbish us‚ but things like their body weight don’t lie. We’re pretty happy with how it’s going‚” said the coach.

While complying with what is required from the coaching staff‚ the players also have to remain safe while the country is in lockdown.

“We screened them all when we left last Thursday. They’ve been in isolation since‚ but they do daily wellness reports and temperature reports with the doc‚” Dobson explained.

The coaches too haven’t had time to stare at the ceiling. With the Stormers losing their last two matches before the suspension of the tournament the coaching staff have been gazing inward. Sure‚ injury to marquee players has impacted performance but Dobson admits there are elements to their game that need improving.

While recognising his team have conceded the fewest tries thus far in Super Rugby‚ the forthright Dobson lamented the Stormers’ lack of rhythm in attack.

Then there is their kicking game that has brought limited reward‚ and which at times‚ has invited pressure.

“People who don’t understand rugby have a particular view of what is meant by kicking game‚ but it is not about flyhalf Damian Willemse‚ for instance‚ and how far he kicks the ball.

“It is completely about how we set up‚ how quickly we set up and where and when we kick.

“We are way off when it comes to those things.”

They may be in lockdown‚ but it seems the Stormers are beavering away at coming back better.