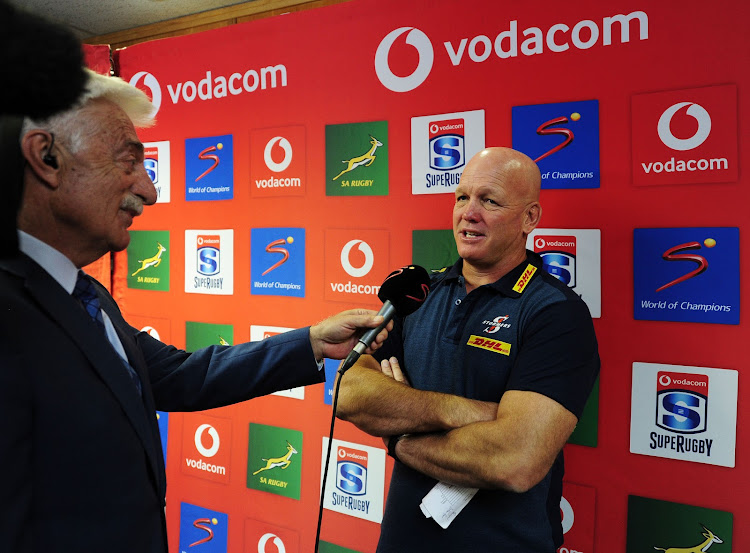 The DHL Stormers look a formidable outfit under John Dobson that can challenge for the 2020 Super Rugby title.
Image: Ryan Wilkisky/BackpagePix

He knows it is a long shot but Stormers coach John Dobson reckons the earliest Super Rugby can return to the playing field is in the middle of next month.

“The soonest we can play is in five weeks in middle May‚” he said.

If by some miracle it returns‚ then teams will have to hit the deck running.

“We need a three-week period to prepare.

"If you are running your remote (training) programme properly‚ then two weeks‚ but you can’t guarantee the quality of these remote programmes‚” admitted Dobson.

He could not shed more light on the rumour that the truncated tournament could be played from scratch in front of empty stadia.

“I haven’t seen anything official on that‚" he said.

"I can’t see how you don’t start from scratch.

"Preparing to play in front of empty stadia is something we have to prepare for.”

With Super Rugby likely to come to an unpalatable conclusion this year‚ it may well breathe new energy into the ailing Currie Cup.

Although he believes that some Super Rugby matches will still be played‚ Dobson contends “after that you could have a brilliant Currie Cup”.

However‚ when large numbers will again be allowed to enter stadia is hard to predict.

It is of particular significance to the Stormers and Western Province who this season are desperate to deliver a fitting farewell to Newlands.

"There is a farewell occasion being planned and that has been pencilled in for October‚ November. Hopefully that still happens‚” said Dobson.

On the other side of the coin‚ in a twisted way perhaps‚ Super Rugby’s hiatus is potentially beneficial to the Stormers who have a raft of high-profile players recovering from injuries.

Siya Kolisi‚ Pieter-Steph du Toit‚ Steven Kitshoff‚ Herschel Jantjies‚ JD Schickerling and Bongi Mbonambi‚ among others‚ are all on the mend and some may even be ready should the tournament resume in mid-May.

Kitshoff‚ Jantjies‚ Du Toit and Mbonambi are due to return later.

Their return will certainly re-energise a Stormers’ campaign that faltered in the weeks leading up to its suspension.

While in lockdown it has given Dobson food for thought.

He admitted that had they beaten the Sharks they probably now would not be going through a bout of introspection.

“We have pulled our game apart.

"We’ve asked some international guys to look at it. We keep the players away from that. There is a lot of introspection going on but there is probably a time to draw a line under it.

“We know exactly what we need to fix.”