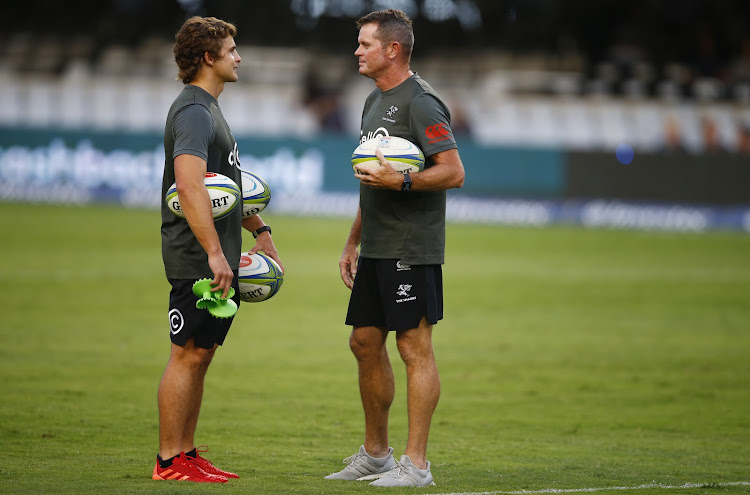 The Sharks don’t have to look far for inspiration if they are to beat the Highlanders in Dunedin on Friday morning.

They haven’t been to Dunedin in nearly four years‚ but the last time they were there‚ they claimed a narrow 15-14 win.

Wins in New Zealand for South African teams are very rare and the Sharks will know this.

Before 2016‚ their last away win against the Highlanders was in 2010‚ highlighting the difficulty the Sharks and South African teams in general face when travelling to New Zealand.

The Sharks only had one training session in Dunedin‚ with their coach Sean Everitt trusting their pre-season conditioning to help them pull through this particular fixture.

While the Sharks have last week’s Bulls win to fall back on‚ their ability to compete on an even field in New Zealand makes them slight favourites.

In the past two seasons‚ they’ve been exceptional in New Zealand‚ but those performances have been on the back of matches in Australia.

They acclimatized there before going across to New Zealand to ask serious questions of their counterparts.

The long flight across the Indian Ocean may well catch up with the Sharks‚ but they have the benefit of having played a game already.

The Highlanders‚ though‚ have home advantage and also the chance to study the Sharks’ patterns of play from their win against the Bulls.

The Sharks will know that kicking aimlessly like they did in the first half of the Bulls game sinks South African teams when they play against their New Zealand foes.

The Highlanders pack is an unknown quantity‚ but the Sharks will have learnt from the Stormers win against the Hurricanes that sustained forward dominance can bury New Zealand teams‚ with the exception of the Crusaders.

The Sharks only have one change from last week with Madosh Tambwe coming in for S’bu Nkosi while Aaron Mauger will be fielding six debutants.

Unlike last week’s games that had a very pre-season feel to them‚ especially for the New Zealand teams‚ the Sharks/Highlanders game could properly light up a tournament who’s early start was difficult to get to grips with.

Sharks coach Sean Everitt may resist the temptation to start with Sanele Nohamba at scrumhalf ahead of the experienced Louis Schreuder for Friday's ...
Sport
1 year ago

A swansong for Newlands and a first time visit for the All Blacks to Nelspruit are the standout features in the Springboks’ home matches this year.
Sport
1 year ago
Next Article