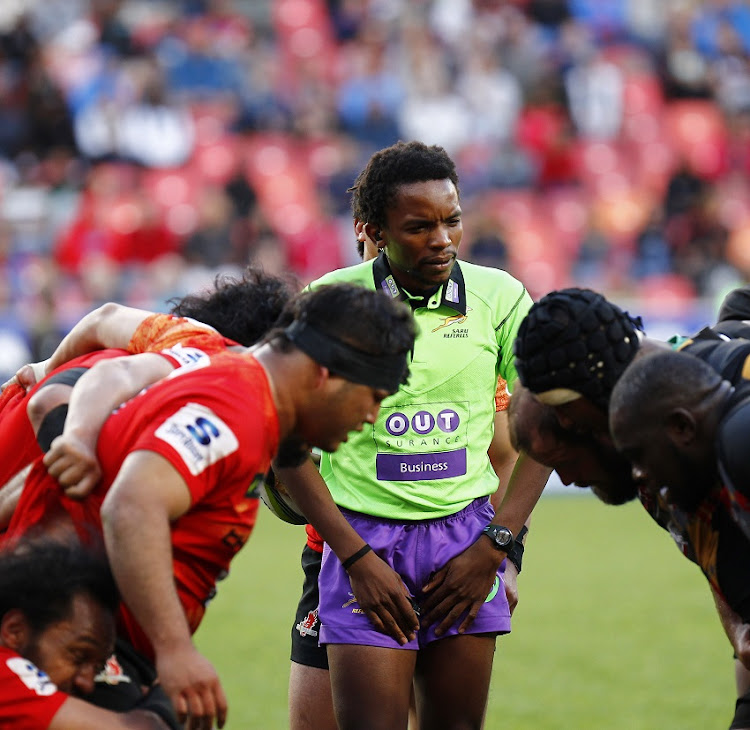 Rasta Rasivhenge and Marius Jonker appear to have been punished for questionable decisions they arrived at in last weekend’s Super Rugby matches at Ellis Park and Newlands respectively.

Referee Rasivhenge and television match official (TMO) Jonker were both set to do duty this weekend at Newlands where the Stormers host the Highlanders but both have disappeared off the list of match official appointments.

Australia’s Nic Berry takes control of the match instead of Rasivhenge‚ while TMO duties now fall to Christie du Preez‚ who is no stranger to controversy.

Du Preez has been used sparingly since the Stormers’ victory over the Lions in round two when he was roundly criticised for not flagging an obvious infringement from the hosts.

Two match officials confirmed Rasivhenge and Jonker had been removed from this week’s list of appointees‚ directly as a result of their performances last week.

Rasivhenge invoked the ire of the Highlanders who were on the wrong side of a 12-3 penalty count at Ellis Park.

Unrelated perhaps‚ a week earlier‚ the Lions enjoyed a 13-3 penalty count in their favour against the Waratahs with Egon Seconds in charge.

Seconds is in Australasia where he will be confined to assistant refereeing duties in three matches.

Jonker had the Crusaders fuming at Newlands when he intervened and ruled a forward pass in move that in all probability would have had a direct impact on the result of the match.

After their review his bosses apparently arrived at a different view and Jonker was told so.

Being yanked from this week’s action is quite a step back for Jonker who is one of only two South African match officials‚ along with Jaco Peyper‚ earmarked for Rugby World Cup duty later this year.

Timeslive approached SA Rugby for comment but referees high performance manager Mark Lawrence passed the enquiry on to Sanzaar officials based in Sydney.

At the time of writing no response had been received.