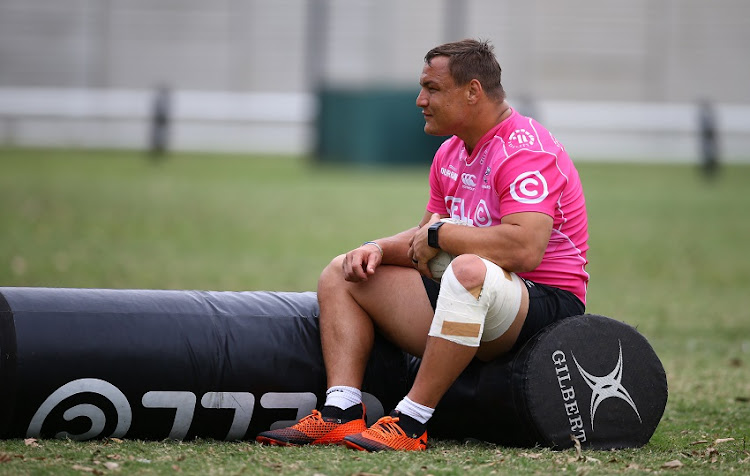 Now that the Shark are back in Durban‚ hitting the high notes of their recent overseas tour will be difficult to replicate if they're judged on their home results.

Their departing Springbok prop Coenie Oosthuizen is aware of their iffy home form and how it could scupper their play-off chances.

They had an even split of a win‚ draw‚ and a loss in their three tour games against the Waratahs‚ Crusaders and Chiefs.

However‚ the results against the Crusaders and the Chiefs should have been converted into something far more significant‚ especially with how the Sharks played in those two matches.

It's clear the Sharks are far more content when they are on the road.

Oosthuizen‚ who'll be leaving for the Sale Sharks at the end of this Super Rugby campaign‚ said they needed to start better to avoid losing another home game.

The Sharks host the Lions on Saturday.

"I don't know why we struggle to get started at home but that's something we've addressed. We're not blind to our mistakes. We've had a good luck at ourselves to rectify our mistakes‚” Oosthuizen said.

“There are a couple of things we can do better and from this weekend‚ we are going to start implementing them.

"We've had a lot of time to reflect on what we can do better‚ especially in home games.

"Starting well is important and if you look at each aspect of a rugby match‚ if you don't start well‚ you're going to struggle at the end of a game.

"We need to start a game well.”

The last time the Sharks played the Lions‚ it was a rare example of their game coming together.

On a cold and rainy Friday night at Ellis Park‚ the Sharks were red-hot‚ cutting up the Lions 42-5.

The Sharks dominated in every facet but with Oosthuizen not being the type that lives in the past‚ he expects the Lions‚ who find weird and wonderful ways of winning matches this season‚ to avenge that defeat.

“We respect the Lions and they're going to come back firing after the previous result.

"It's not going to be an easy game and we've been in their shoes.

"A big loss gives you a little bit more motivation and shows you what a team can do if they pitch up and you don't‚” Oosthuizen said.

“They're not going to make the same mistakes as last time‚ so from our side‚ we need to set it up and be ready for a battle in the first 20 minutes.

"The Lions have a strong forward pack and we know exactly what to expect.”

Oosthuizen will be joining a number of South Africans who have signed overseas contracts for life after the Rugby World Cup and it was a tough decision for him to take.

“It was a tough decision and I'm happy at the Sharks.

"They've treated me well but I'm at a stage where I have to make the next step.

"I'm looking forward to playing some of my rugby in the United Kingdom‚” Oosthuizen said.