Du Preez bracing himself for a rough ride against the Jaguares 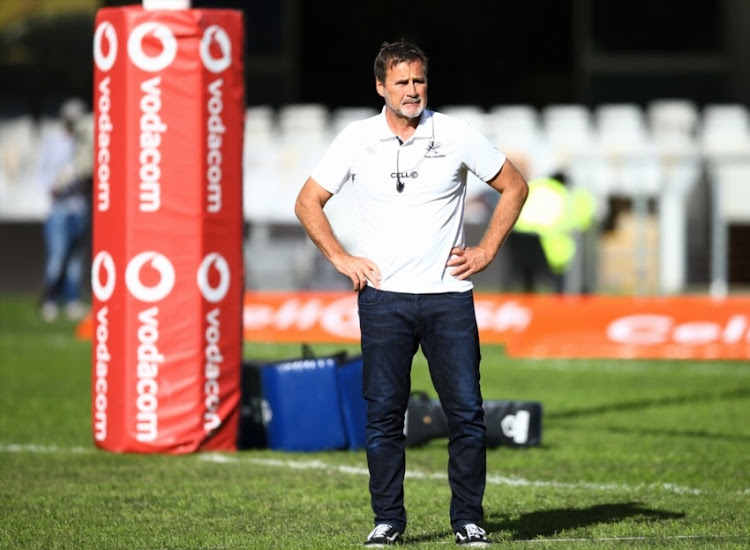 Sharks coach Robert du Preez is bracing himself for a rough ride against the Jaguares at the Estadio Jose Amalfitano in Buenos Aires this weekend.

The Durban side moved to third spot with 28 points on the South African Conference following a narrow but important 28-24 win over the Chiefs on Saturday‚ but it does not get any easier with the hugely impressive Jaguares next away from home.

The Jaguares are Super Rugby’s form team at the moment after they registered their fifth successive win by beating the Bulls on Sunday morning (SA time) to move to second on the South African Conference standings.

The Sharks leave for the Argentinean capital on Monday and Du Preez is fully aware of what they will be up against in Argentina.

“They are a full blown international team and we will be playing against a Test side with many quality players‚” he said after their win over the Chiefs revived their play-off ambitions.

“They have sorted their discipline and they are playing good rugby at the moment.

"Our aim is to try and win every game.

"But‚ we enjoyed (playing) against the Chiefs tonight because it is a good victory and we will start focusing on the Jaguares in the week.

"We needed this game badly to get our campaign properly back on track and I am pleased with the result.

"It was a tough because they are a physical side but I am happy with the performance‚ even though there were a couple of opportunities that we didn’t take.

"But we will work hard on them.”

The win over the Chiefs has seen the Sharks add another New Zealand scalp as they have already defeated the Highlanders and the Blues‚ and then agonisingly lost to the Hurricanes by one point in the earlier stages.

“We would like to beat Aussie teams too‚ in fact all the teams‚" Du Preez said.

"It is great to beat the New Zealand teams especially if it can give us the opportunity to go to the play-offs.

"That will give the boys a lot of confidence.

"We learn important lessons as we go along and the pleasing thing is that we do create opportunities.

"We just have to be patient when we get into the opposition’s 22. We talked about the fact that the Chiefs are physical and the guys who replaced the All Blacks who have gone home did very well.”

Chiefs coach Colin Cooper was gracious in defeat and admitted that they were beaten by a better team on the day.

“Congratulations to the Sharks‚ they were full value for their win‚" Cooper said.

"The good thing for us is that we did not suffer any injuries.

"We have to stay in the fight every game‚ we have the Waratahs next week and I have to focus the guys on that.

"Recovery is going to be important and we are also happy that we got the bonus point.”