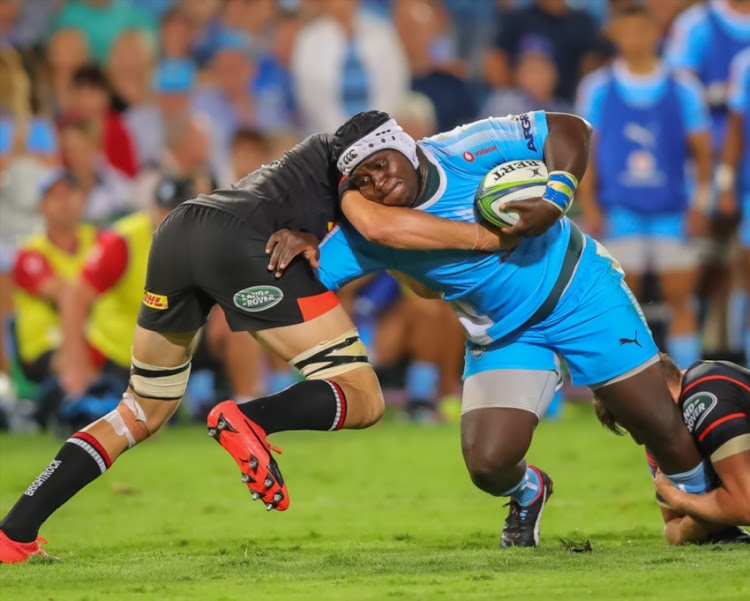 Springboks prop Trevor Nyakane has been included in the Bulls' starting line-up for their Super Rugby clash against the Sharks at Loftus on Saturday.

Nyakane‚ who missed last weekend’s 29-17 loss to the Stormers in Cape Town due to a neck injury‚ has been passed fit and will start at tighthead in the place of Conraad van Vuuren who has been moved to the bench.

The other plus for coach John Mitchell is that winger Travis Ismaiel also returns to the starting line-up after he came off the bench in their last two matches against the Highlanders and Stormers as he was slowly blended back into the team after long injury.

Ismaiel will replace Divan Rossouw who has dropped to the bench while in another tweak to his pack‚ Mitchell named Marco van Staden at No8 in place of Thembelani Bholi‚ where he will combine with Jason Jenkins and Roelof Smit.

Bholi moves to the bench while elsewhere Ivan van Zyl has replaced Andre Warner‚ who has moved to the bench‚ at scrumhalf.

“We all know what is at stake here.

"We all understand the long-term vision and strategy but short-term results are as important‚” Mitchell said while announcing the squad at Loftus on Thursday.

“The Sharks have shown how good they can be in dismantling the Highlanders and will come for us‚ no doubt.”

Bulls captain Burger Odendaal added that they need to play with the same intensity as they did a month ago when they beat the Sharks in Durban.

“Every point counts from here on in and we need to make sure we bag the result here.

"They are full of confidence and momentum following last week's great performance.

"To add to that‚ it is another local derby against a team that always demands the best effort from us.

"We are real keen for this one.”