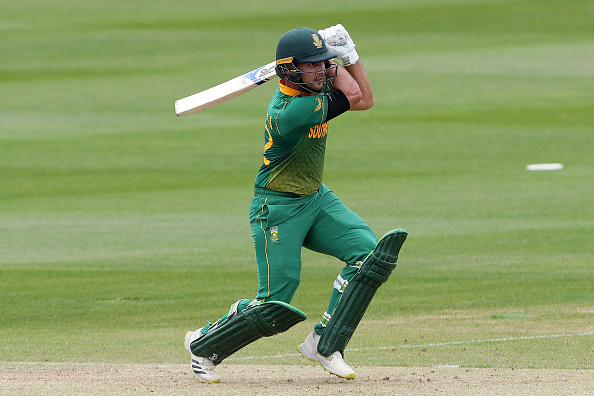 Opener Janneman Malan was satisfied with his century, albeit in a losing cause as the Proteas lost their first warm-up 50-over match against England Lions by six wickets in Taunton on Tuesday.

Malan was the pick of the SA batters with a score of 103 off 116 balls at the County Ground as the Proteas reached 318/9 in 50 overs after they won the toss and chose to bat.

Other contributors to the scoreboard were attacking half-centuries by David Miller (55) and Heinrich Klaasen (51) and 30s from Reeza Hendricks (36) and Aiden Markram (31).

“It was a good first middle scenario out and I think it was important for me to spend  time in the middle and also get some runs,” said Malan, who is expected to play a key role for SA during the three-match ODI series starting on Tuesday at the Riverside in Durham.

Despite their relationship having been in the spotlight, Boucher says they have a good one.
Sport
1 month ago

“It’s all part of the build-up so it was good for the batters to be in the middle and get used to the conditions.  David and 'Klaasy' [Klaasen] batted very well. They finished the innings nicely and look in good form.

“We saw today how time in the middle is important for the boys. They were obviously prepared well and they played well, but we saw this as a proper warm-up game and it will be more competitive in two days’ time.”

The Proteas used eight bowlers in the game, which was not classified as an official List A match, meaning they were allowed to give their entire squad a chance to participate.

All-rounder Andile Phehlukwayo was the most successful of the bowlers as he claimed 2/45 in his five overs. He said SA will reflect on their performances before moving forward.

“We’ll have a look once it’s competitive and everyone’s fresh and ready. They [the bowlers] obviously have their learnings from today, but we’ll reflect and be better prepared for the next one,” Phehlukwayo said.

SA play their second warm-up match at New Road in Worcester on Thursday.