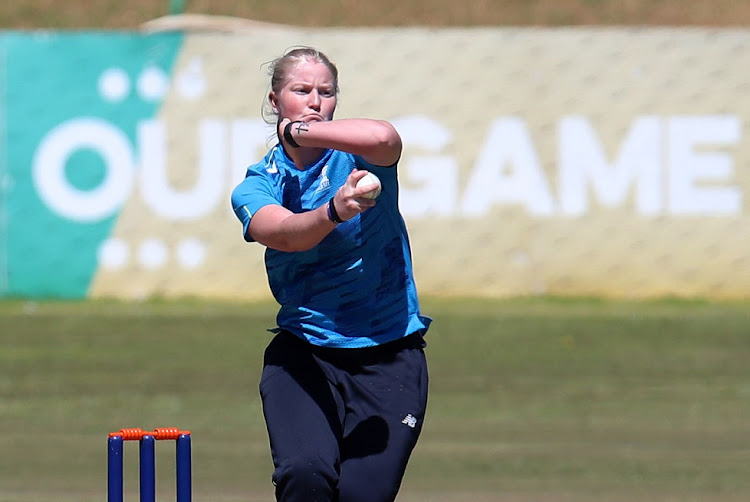 Delmi Tucker has been called up to SA's squad for their tour of Ireland.
Image: Muzi Ntombela/BackpagePix

Cricket SA (CSA) has announced a strong 15-player squad to tour Ireland for a One-Day International (ODI) and T20 International (T20I) series between June 3 and 17 in Dublin.

In the Proteas Women’s first round of fixtures since their semifinal exit in the 2022 ICC Women’s Cricket World Cup in New Zealand, Delmi Tucker is handed her first call-up, with a total of five changes to the World Cup playing 15.

Tucker, a batting all-rounder for Western Province, has been rewarded for her success during the provincial season, having notched up 409 runs in white ball cricket plus more than 15 wickets with her right-arm off-spin. The 24-year-old also impressed in her appearances for the SA emerging side during last year’s tours against Zimbabwe and Thailand.

The incoming players include all three of the World Cup travelling reserves in spinner Raisibe Ntozakhe, bowling all-rounder Nadine de Klerk and top-order batter Andrie Steyn. Anneke Bosch, who was a late change to the New Zealand travelling party because of a fractured right thumb, also returns.

SA go to the Ireland contests ranked second in the world in ODI cricket as they begin their ICC Women’s Championship 2022 to 2025 campaign to qualify for the 2025 World Cup. The T20s present an opportunity to prepare for the upcoming Commonwealth Games in Birmingham from July 17 to August 7 and the 2023 ICC Women’s T20 World Cup to be hosted in SA early next year.

Proteas batter Zubayr Hamza has been suspended from all cricket-related activities for nine months after admitting to an anti-doping rule violation ...
Sport
1 month ago

Emerging middle-order batter Tristan Stubbs has received his maiden Proteas call-up for the anticipated five-match T20 series against India away from ...
Sport
1 month ago

Cricket SA (CSA) has confirmed that Mark Boucher will continue as coach of the Proteas until the end of his contract after the 2023 World Cup after ...
Sport
1 month ago