'I don’t think this team is rubbish,' says Shamsi as Proteas fine tune for World Cup 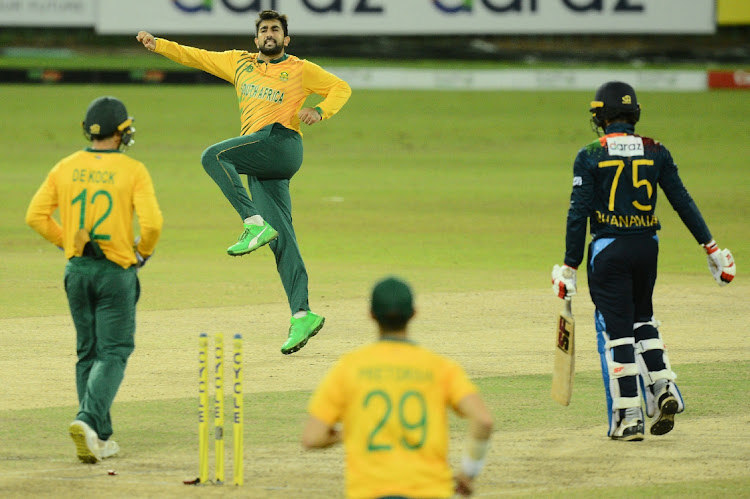 Tabraiz Shamsi is the ICC top-ranked T20 bowler and is the leading wicket taker in 2021.
Image: Isuru Sameera

Contrary to popular belief, Proteas top spinner Tabraiz Shamsi believes the current crop of players are exceptional and on par with previous generations.

The 31-year-old left-arm wrist spinner, who is ranked as the top T20 bowler in the world, offered his views after the Proteas wrapped up the three-match T20 series against Sri Lanka in Colombo on Sunday.

The Proteas took an unassailable 2-0 lead with a thumping 9-wicket victory and will be determined to whitewash their hosts in the third and final T20 match at the R. Premadasa Stadium on Tuesday.

It was the team’s third successive T20 series triumph away from home and their sixth consecutive win, but the Proteas go into their final competitive match before they meet Australia in their World Cup opening match against in Abu Dhabi on October 23 with a less than 50% win ratio in the shortest format of the game.

With a dark cloud hanging over embattled coach Mark Boucher, and concerns over the Proteas team culture and environment, compounded by hot and cold performances, the team will leave for the World Cup with few giving them a chance to go all the way.

“I think a lot of it is perceptions and the way some people may want to look at the team,” said Shamsi.

Before their tour to Sri Lanka, the Proteas had won two T20 series on the road, a come-from-behind 3-2 win over world champions the West Indies which was followed by a 3-0 whitewash over Ireland in June and July.

“I don’t think this team is rubbish. I think we are quite good. I know people speak about great teams of the past but this team is on par with them,” said Shamsi.

“We might not have as many household names, and I have mentioned previously that it is because we have not played that much international cricket, but it does not mean that the players are not good just because that they are not well known.”

Shamsi will go to his second World Cup with the Proteas as the leading wicket taker in T20 cricket in 2021, with 28 wickets in 16 matches this year ahead of Tuesday’s final match of the tour of Sri Lanka.

The team returns home for a 10-day sojourn, which will include a team camp, before they head off to the T20 World Cup.

The Proteas will play the West Indies on October 26 in Dubai and England on November 6 in Sharjah and will also face off against two yet-to-be-determined qualifiers.