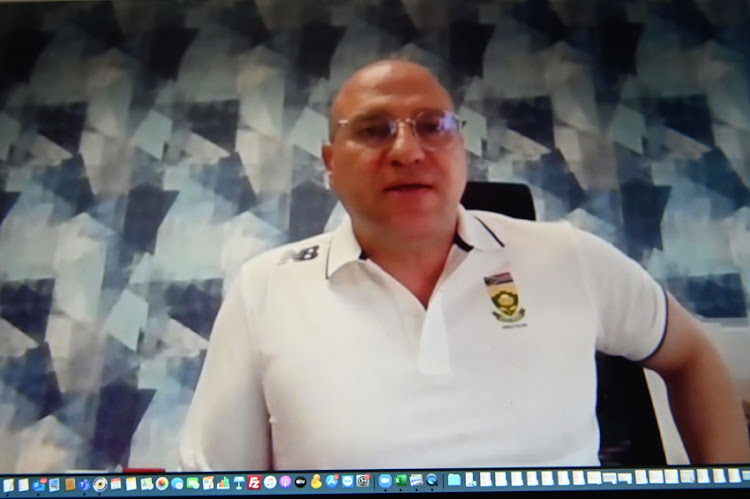 Cricket South Africa’s (CSA) interim board chairperson Dr Stavros Nicolaou had the look of man who was close to conceding defeat on Thursday in the battle to push for the contentious proposal to amend the organisation’s constitution to allow for a majority independent board.

In a desperate last-ditch attempt to push for the controversial amendments to be passed during a virtual media briefing on Thursday‚ Nicolaou asked the members council to do what they failed to do at Saturday’s failed special general meeting [SGM]‚ which is to vote in favour of a majority independent board and an independent chairperson.

“We have and will continue to commend those affiliates in the members council that voted positively for change‚” said Niolaou.

“For those that didn’t vote positively‚ regrettably‚ our disappointment continues to endure.”

The motion was defeated after it only garnered a 46% of the votes instead of the 75% needed‚ after six members voted in favour‚ five against and three abstentions.

“There is only one thing that can be done and that is the members council resolve to [agree to reach a 75% needed majority to pass the amendments]‚ we will work with them to get the MOI over the line.

“I am really hopeful that this can be done because I can’t see any other option.”

There have been concerns that the CSA interim board’s conduct at the SGM‚ to exert pressure on the members council to agree to a majority independent board and chairperson‚ had elements of unethical and undemocratic demeanour about it.

“I think you are right and I agree‚” said Nicolaou when asked if the interim board’s conduct at the SGM was undemocratic before trying to justify it.

But despite the admission‚ Nicolaou contradicted himself later when asked if they expect the CSA members council to vote in a manner that violates their compliance membership with Sascoc.

“First of all I am not compelling anyone to vote in a particular way‚” said Nicolaou.

“I am just looking at a practical solution of how you can resolve this."

If the members council had voted in favour of the interim board’s proposals‚ CSA risked a suspension from Sascoc‚ the sports mother body‚ who frown up any majority of independence on the boards of their members.

Nicolaou said the members council can hide behind process but “you either have the conviction to do something or you don’t.

“If you have got that conviction you will find ways to remain compliant within the confines of the law.

“They must find a resolution around it and they are quite able to do that quite frankly.”

Another concern from the members council‚ which also contributed to the failure to pass the amendments on Saturday‚ is that the CSA membership or affiliates believe that the idea of a majority independent board and an independent chairperson is not practical at provincial and grassroots levels.

“Our mandate is not to look at Western Province or KZN or anyone‚” said Nicolaou.

The existing CSA constitution [MOI]‚ however‚ states that MOIs [constitutions] of affiliates must mirror those at national level.

“That’s not our mandate here. Our mandate is CSA‚ which is an entirely different entity to any of the affiliates and union. So our mandate is purely national and that is what we are looking to executing.”

Nicolaou was asked why does the interim board‚ and the minister‚ insist on a majority independent board and an independent chairperson at CSA when all the other sports federations don’t have it.

“I’m not involved with Saru or any other sport federation. I think that question should be directed to the minister.

“I’m afraid the track record of CSA has not been good when you have had a majority of non independent directors. The track record is there and plain to see.”

In the wake of the failure to pass the amendments‚ sports minister Nathi Mthethwa twice threatened the CSA members council that he would invoked his powers in terms of section 13 (5) of the sports act‚ withdraw government funding and recognition of the organisation. But he is yet to do so.

“The minister has made it clear that his legal team is working on a gazette [to trigger section 13 (5)‚” said Nicolaou‚ warning of the implications should the minister finally decide to pull the trigger.