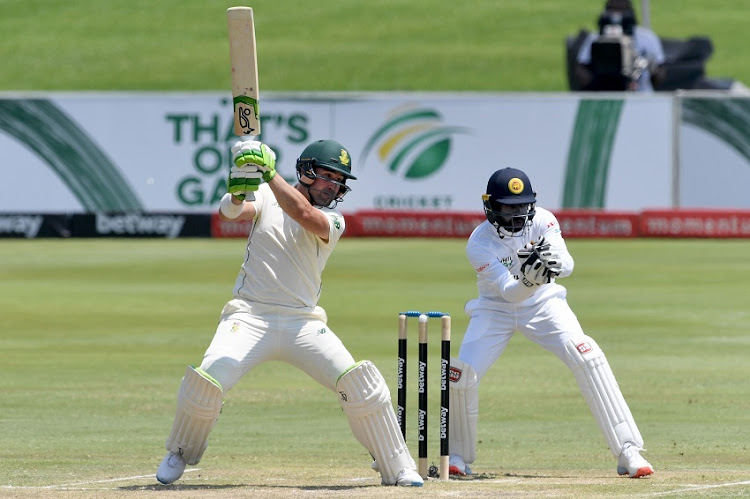 Dean Elgar of the Proteas during day 2 of the 1st Betway Test (WTC) match between South Africa and Sri Lanka at SuperSport Park on December 27, 2020 in Pretoria, South Africa.
Image: Lee Warren/Gallo Images

Openers Aiden Markram and Dean Elgar made light work of the Sri Lanka bowling attack with a brisk partnership of 142 to lay a solid foundation for South Africa on day two of the Boxing Day Test in Centurion.

Markram and Elgar started the Proteas’ response after Sri Lanka posted a first innings total of 396 where debutant Lutho Sipamla returned with figures 4/75 and all-rounder Wiaan Mulder with 3/69.

Their partnership, which came off 177 balls, was broken after lunch when Markram’s thick edge was caught by alert Dasun Shanaka at gully from the bowling of Vishwa Fernando.