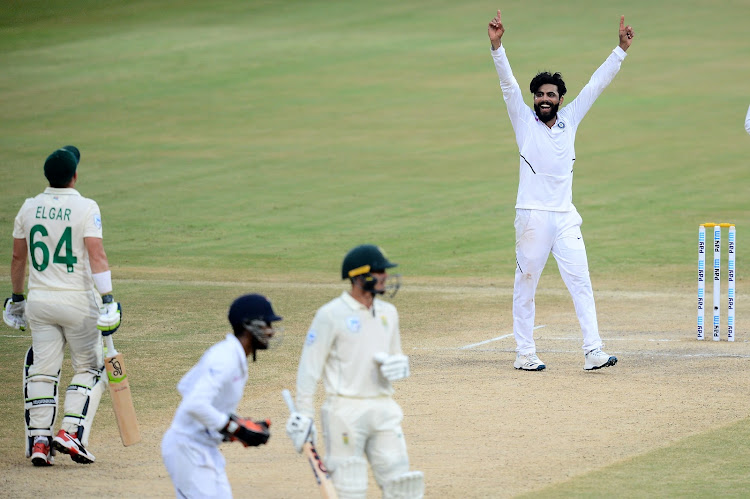 Ravindra Jadeja is fit again and in the India test squad for the second test against Australia in Melbourne.
Image: Isuru Sameera Peris/Gallo Images

India made four changes in their bid to bounce back from their shellacking in Adelaide but they face an uphill battle as Australia captain Tim Paine wants the hosts to continue their ruthless streak in the second test in Melbourne from Saturday.

The tourists were shot out for a record low innings total of 36 in Adelaide where Australia triumphed inside three days to go 1-0 up in the four-test series.

Fit-again all-rounder Ravindra Jadeja and wicketkeeper Rishabh Pant returned to the side to be led by Ajinkya Rahane in Kohli's absence.

Out-of-form opener Prithvi Shaw and stumper Wriddhiman Saha were dropped while Siraj owes his inclusion to the hand injury Mohammed Shami suffered while batting in Adelaide.

"Each and every individual in this team is really capable of doing well, so it's really a challenge for the captain and management to select the 11," Rahane told a video conference on Friday.

"We had just one bad hour (in Adelaide). It's about staying positive, backing your own ability and batting in partnerships."

Earlier on Friday, Rahane's Australia counterpart Paine said even without Kohli and others, the wounded tourists were more than capable of reversing their fortunes.

"The moment we take our foot off the pedal, and think we're going all right (performances can slip)," Paine told reporters. "A huge focus of ours ... has been winning after winning.

"We've been fantastic in how we've prepared for this game."

Paine's side are likely to be unchanged for the clash, with coach Justin Langer virtually confirming as much on Thursday when he said it would be a "pretty courageous man" who dropped anyone from the Adelaide game.

The match will also be played amongst the shadow of the coronavirus pandemic, with the fate of the third test in Sydney still up in the air because of a fresh outbreak in the city's northern beaches causing a lockdown and border closures.

The Melbourne test also normally attracts large crowds but Covid-19 restrictions have limited the crowd to 30,000.

"It's going to be different isn't it," Paine said.

"I think we're just lucky to be playing a Boxing Day test at the MCG."