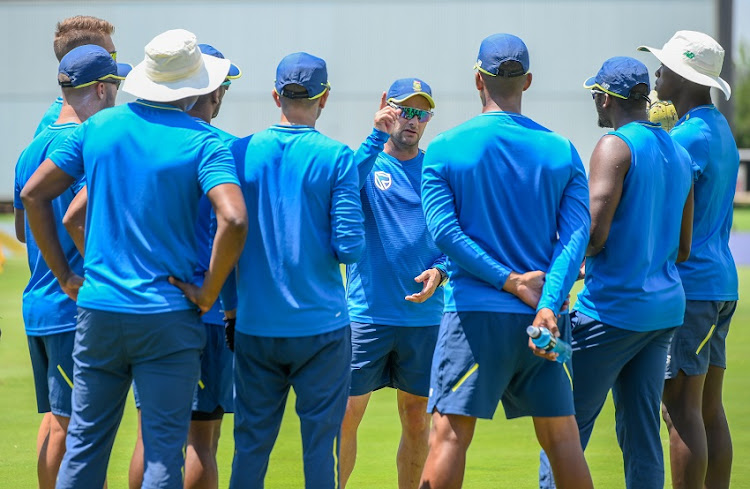 In an ideal world‚ South Africa hosting England in the first of three T20’s on Friday at Newlands in what will be the first international cricket engagement on these shores since the Covid-19 outbreak in March should be hogging the headlines.

It should be the biggest news and something that has to be celebrated‚ considering the battle both countries have had with the on-going Covid-19 pandemic.

However‚ with the national team’s inability to express themselves properly with regards to the Black Lives Matter issue and the mixed messages around it‚ cricket has again had to take a backseat.

Considering the fact that cricket in South Africa has been dominated by off the field matters with regards to the organisation’s former board being unwilling to part with the Forensic report until Wednesday when the interim board did that for them‚ there was a chance for on-field cricket to shine.

The exasperation of the board’s antics was clear in Rassie van der Dussen‚ one of first Proteas players to take a clear and positive stance with regards to BLM.

“It’s not ideal and throughout the course of the winter where there wasn’t much that was happening‚ it was brought to the forefront in terms of the player’s perspective. We’re realistic in a sense that we can’t do much about it and to an extent‚ we’re employed to play cricket‚” Van der Dussen said.

Mark Boucher‚ the Proteas team director‚ could have and should have been expected to take a lead role with regards to the BLM matter.

That he was silent throughout the process was problematic‚ but also how he has responded to the matter.

With a 24-man squad of various races and creed from different racial and cultural experiences‚ there seemed to be a missing sensitivity with regards to how better BLM could have been dealt with‚ even though there was a culture camp at Skukuza to thrash out these issues.

“I have spoken to the guy [Ngidi] who was driving the process within our set-up and he’s pretty happy that we’ve done what we’ve needed to do‚ especially at that particular game. The guys who were at that game are in this setup as well. From his side‚ he wants it to carry on going‚ but we had the hard chats in Skukuza and we’re pretty happy with where we are at the moment‚” Boucher said.

Fast bowler Kagiso Rabada‚ who through his performances at the Indian Premier League for the Delhi Capitals‚ was clear as to where he stood with BLM.

In a team environment also dealing with two positive Covid-19 tests that have affected preparations for what will be a landmark series‚ things could have been better handled.

It’s clear that it’s still a major conversation and one that could have serious implications for the home team should England‚ who went out of their way to accommodate the West Indies in the taking of the knee in July‚ decide to take the knee while South Africa don’t.

​“It was a team decision not to kneel and I think it is to look at the gender-based violence and devote ourselves to another cause. However‚ Black Lives Matters will always be relevant and it is something that I will always believe in‚ and I speak for myself here. But yeah Mark [Boucher] has stated that the team will not take the knee and that is how it is going to be‚” Rabada said.