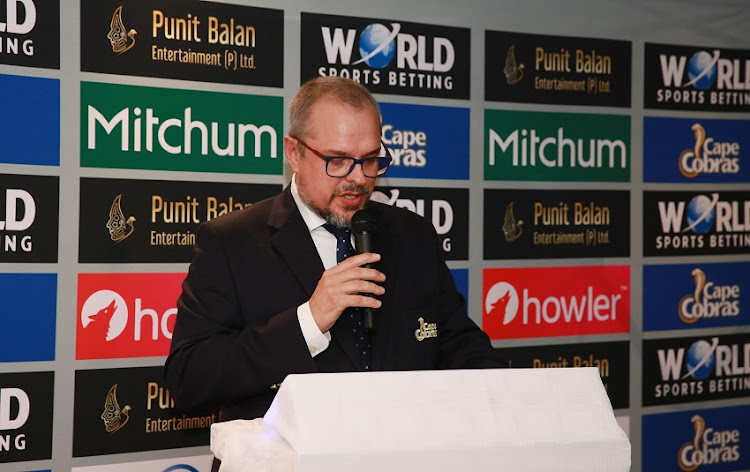 Trouble is brewing at Newlands as Monday’s resignation of Western Province Cricket Association (WPCA) president Nicolas Kock added to the ongoing administrative exodus at the union.

According to Club Cricket‚ Kock‚ an advocate‚ resigned from the presidency at the WPCA annual general meeting and cited an inability to sign off on a lease on behalf of the Cape Town-based association.

Kock‚ who replaced Beresford Williams after he moved up to the Cricket SA vice-presidency vacated by now suspended chief executive officer Thabang Moroe‚ had been in the position for just over a year.

“I can no longer serve as the president of the WPCA. My position has become untenable. I had been asked to sign a lease on behalf of the WPCA‚ but I could not. Signing that would put the WPCA in a very difficult financial position‚” Kock said

“I made it quite clear that I have a particular view on how I wanted to pursue our interaction with our partners in the development going forward. The Covid-19 pandemic really created a whole new context to this lease agreement. I was not prepared to sign off on the lease.

"I could not‚ with a clear conscience‚ do that. The impact this would have on our club cricket would weigh heaviest on my conscience.”

Kock is now another member the board who’s resigned recently in what is becoming an administrative mess for the Cape Town-based association.

In September last year‚ WPCA was put under administration by CSA‚ with the mother body citing that the association was 'conducting business under distressed conditions in relation to‚ inter alia‚ the WPCA’s administrative‚ governance and financial affairs.’

The WPCA board was suspended and Professor Andre Odendaal‚ a former CEO‚ was appointed as the administrator. The construction project currently taking place at Newlands was at the heart of CSA invoking their step-in rights.

However‚ in November WPCA won its arbitration case against CSA and returned to normal trading with its board.