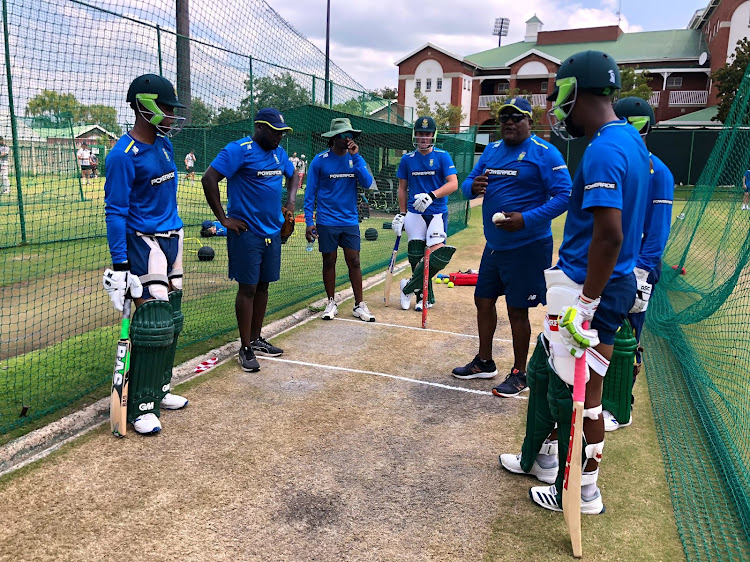 The hosts have been without senior paceman and fledgling Knights bowler Gerald Coetzee through injury, but Merrick Brett from Northerns has deputised well in his absence.

Achille Cloete has admirably shouldered the senior bowler responsibilities, but Coetzee's lower order long handle could be a necessity after SA stalled against the United Arab Emirates.

Mahatlane also credited the batting group for their improved performances after their embarrassing showing against Afghanistan in the opening game.

“Our bowling attack has been affected by a couple of injuries, but I think we'll be back to full strength for the Bangladesh game on Thursday.

"Hopefully, the boys will stand up and the batsmen, they've been a good group and they can be proud of what they've achieved,” Mahatlane said.

While the jury is still out on who will open with Jonathan Bird, Bryce Parsons and Luke Beaufort have come good when the team has needed them.

They capitalised on a good platform set by Khanya Cotani and Bird in Bloemfontein on Saturday with a 152-run stand that was the difference between them and the UAE.

Cotani was the quiet ying to Bird's explosive yang, but Mahatlane said they need to convert their starts more frequently.

“The best opportunity to bat in limited overs cricket is at the top of the order and these guys are getting in and cashing in.

"I'd like to see us score more 100's. We've only got one so far in the tournament and hundreds tend to be the difference between the teams that win tournaments and those that don't,” Mahatlane said.

“It's crucial that the guys who get in have to make sure they convert those scores.”

As for Bangladesh, they remain a dangerous outfit even though rain saved them in a group game against Pakistan.

Any Asian team is a danger for South Africa, especially with their known inability against quality spin.

Mahatlane said Bangladesh have pacemen who could ask some difficult questions.

“We generally play them at the World Cup and while we know their strength is spin, they've got a couple of very good seamers.

"We've seen some footage of them, but the important part is that we play to our strengths. If we play our best game, we should go through,” Mahatlane said.