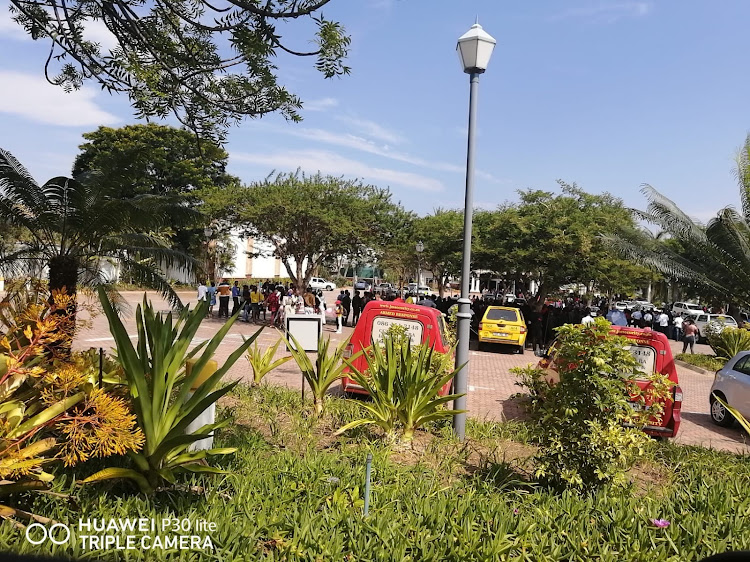 People were evacuated from the Riverside Mall in Mbombela after a bomb scare
Image: Mandla Khoza

A second bomb scare in seven days in Mbombela is cause for concern for the Mpumalanga police.

A caller informed the management of the Riverside Mall in Mbombela on Thursday that they had planted three bombs but don’t want to hurt children.

Gamblers in the casino, shoppers, people watching movies and children playing were evacuated to safety and the police bomb squad entered the mall.

“We can confirm that there was a bomb scare at the Riverside Mall where a caller told the management of the mall that they have planted three bombs inside the mall," said police spokesperson Brig Leonard Hlathi.

"The police’s bomb squad was activated and, upon a search, nothing was found as a bomb. They found only a bag next to an ATM which was handed to its owner.

"What concerns us is that this is a second bomb scare where the first one was in the Nelspruit police last week. This is so bad because when that happens resources are dedicated to such a place, leaving other spheres of the community vulnerable.”

Hlathi said they were investigating a case of a bomb scare.

“The situation is calm now and business is back to usual as the place was declared safe,” he said.