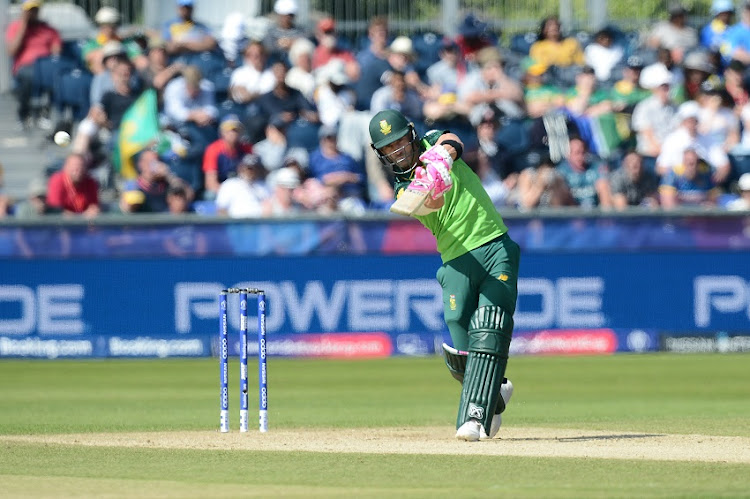 Faf du Plessis and AB de Villiers each scored 32 in crunch games of the county T20 competition on Friday‚ but one is going home while the other will stick around for the knockout rounds.

Faf du Plessis and AB de Villiers each scored 32 in crunch games of the county T20 competition on Friday‚ but one is going home while the other will stick around for the knockout rounds.

Du Plessis made his 32 off 21 balls‚ with a four and two sixes‚ for Kent against Essex at Chelmsford but that didn’t stop his team from being dismissed for 179 in reply to the home side’s 189/6.

Another South African‚ Cameron Delport‚ scored a 29-ball 64 for Essex.

Instead they finished fifth‚ a point behind those who have lived to fight another day‚ including fourth-placed Essex.

De Villiers’ 32 flew off 16 deliveries and featured three fours and two sixes‚ and helped take Middlesex to 227/4 in response to Somerset’s 226/5 to clinch third place in the group.

Even De Villiers is upstaged sometimes‚ on this occasion by Eoin Morgan‚ who crashed an unbeaten 83 — 68 of them in fours and sixes — off 29 balls.

Morgan and George Scott took Middlesex home with 18 balls to spare in a stand of 99 that started in the 11th over when De Villiers was wonderfully well-caught‚ high and one-handed‚ at midwicket by Max Waller.

So‚ Du Plessis‚ who signed for Kent’s last two group games and would have stayed on had Kent made it to the final four.

De Villiers‚ who initially agreed to play in Middlesex’s first six matches and extended his contracted to include their last two group matches‚ will be around at least until his team’s quarterfinal against Nottinghamshire at Trent Bridge on Thursday.