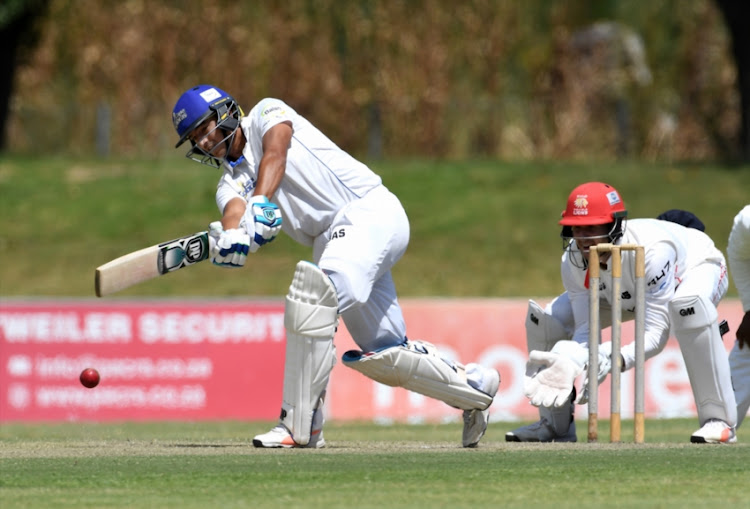 Cape Cobras batsman Zubayr Hamza is the surprise selection in the Proteas' 13-man squad for the three Test series against Pakistan later this month.

Should the 23-year-old right-hander make his debut in the series that starts on Boxing Day at SuperSport Park in Centurion‚ he'll be the 100th player to represent the Proteas since April 1992 when South Africa played their first Test since apartheid-enforced isolation began in 1970 against the West Indies in Bridgetown‚ Barbados.

Hamza is part of Cape Cobras unit that sitting pretty at the top of the Four-Day Franchise series table and has been a key cog in a young top-order that's functioned fluently.

Hamza‚ a product of Rondebosch Boy's High School in Cape Town‚ made his First-Class debut for Western Province against KwaZulu-Natal Inland when he was still 18.

He averages 48.95 with nine First-Class tons and 22 fifties but in nine innings in five Four-Day Franchise matches this season‚ he's collected 255 runs at 31.87 with two fifties.

Hamza's played less First-Class cricket than the leading duo but has a better career average (Van Biljon: 42.47 and Malan: 45.81).

Malan could consider himself unlucky because he's been a consistent performer regardless of the Cape Cobras' fluctuations in the past four season.

At 29‚ Malan also has a few good batting years ahead of him.

Hamza though had a stand-out season last year where he was fourth on the red-ball run-scoring charts with 828 runs at 69 with three hundreds and four 50's.

National convenor of selectors Linda Zondi‚ who's eye is often on the future‚ said Hamza's selection has potential future retirements in mind.

Stalwarts Faf du Plessis and Hashim Amla are on the wrong side of 30 and their futures in all forms of cricket will come under scrutiny after next year's World Cup in England.

“Zubayr has been one of the standout cricketers in domestic cricket over the past year and carried that form into the South Africa A tour to India where he averaged over 50 in the four-day series against tough opposition and under tough conditions.

"Before that‚ he had an outstanding season in the four-day franchise competition where he scored 823 runs‚ including three centuries‚ at the impressive average of 69 ” Zondi said.

“His selection is part of our vision for the future as we start to feed new players into the system.

"It is inevitable that some of our senior players will start thinking of retiring in years to come and it is vital that we have a good succession plan in place.”

With Lungi Ngidi nursing a knee injury that he sustained in the sole T20 against Australia last month that rules him out of the first part of South Africa's Test summer‚ Duanne Olivier‚ who's bowled well in the Mzansi Super League and collected 20 Four-Day Franchise wickets at 22.80‚ will fill in for him.