'The cancer of state capture' will be hard to uproot, says Joel Netshitenzhe 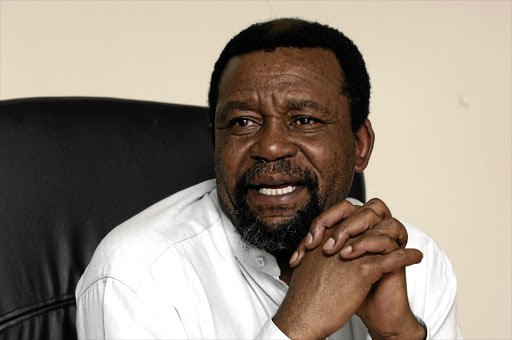 Joel Netshitenzhe says unravelling state corruption will be difficult because it has spread to all sectors of society.
Image: Supplied.

Efforts to fight against corruption, state capture and reassert ethical leadership in the ANC will not be a walk in the park, national executive member (NEC) Joel Netshitenzhe said.

In an assessment of the crisis facing the ANC to gain voter trust ahead of next year’s elections, Netshitenzhe told an audience at the University of Johannesburg (UJ) on Wednesday night that the “cancer of state capture” would take an intricate and prolonged fight to uproot.

He was speaking at a dialogue hosted by the UJ’s OR Tambo School of Leadership. He said that uprooting corruption would be a difficult task because it had spread to all sectors of society including trade unions, the private sector, youth formations and even religious establishments.

“The private sector, which either facilitated, co-operated or succumbed to extortion in relation to state capture ...is a reflection of corruption in the business where companies adapted to corrupt environments in which they find themselves.

On-site inspection of the Gupta's Saxonwold compound is being carrying out.
News
2 years ago

“The youth movement has also not been spared the influence of corruption as privileges and resources have corrupted youth leaders and ...influenced unethical leadership among the youth and if these young people are growing into more senior positions influenced by that culture, what kind of leadership are we going to have in the future?” he said.

While the ANC grapples with the question of whether or not it can produce leaders who are able to resist corruption, corrupting and a corrupt systemhe said state institutions should be strong and effective and hold to account those who do wrong.

He said for the ANC going to move forward, a combination of ethical rectitude and principle was necessary to give it the renewal it “desperately needs”.

In a democratic society, if the ANC failed to address state capture and corruption, it would experience devastating electoral punishment, he said.

“Corruption and state capture have got a terrible impact on social transformation, even worse, they start to challenge the legitimacy of the democratic state,” he said.

Netshitenzhe was said capable and ethical leadership was not only possible but critical for the improvement of the quality of life of all South Africans.