Top six to ease Zuma out 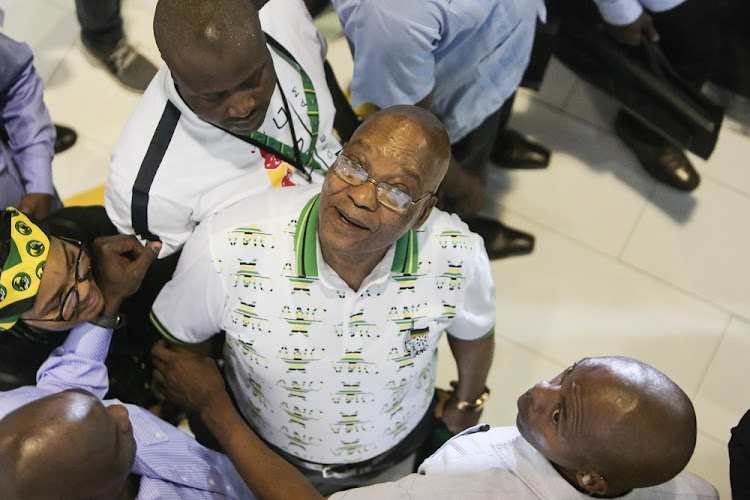 The uncertainty over President Jacob Zuma's future might have led to him not attending the inauguration ceremony of the Liberian president-elect George Weah in Monrovia today.

The Presidency yesterday announced that Water and Sanitation Minister Nomvula Mokonyane would represent him in Liberia.

Sources said there is a strong push for Zuma not to deliver the state of the nation address next month.

"It is a matter of days before he is shown the door."

This is according to several ANC national executive committee (NEC) members who spoke to Sowetan yesterday.

"It is done. There is a new chapter," said one NEC member as speculation went into overdrive on Zuma's future.

Another NEC member said the spirit of the discussion between the ANC top six officials and Zuma was that Zuma should be given a dignified exit.

"We still want to embrace him as our leader."

Fresh plans are afoot to recall President Jacob Zuma as the head of state.
News
4 years ago

However, another NEC member said Zuma has been told to resign.

The ANC's 80-member NEC - the party's highest decision-making body inbetween conferences - met over the weekend, where most leaders agreed Zuma should step down.

The Umkhonto weSizwe Military Veteran's Association president Kebby Maphatsoe, Zuma's ally, told Sowetan yesterday: "We will abide by the decision of the NEC. I will comment when something has happened, I don't want to speculate."

A meeting of the ANC’sNEC on Friday night agreed that former party leader Jacob Zuma should be removed as the country’s president.
News
4 years ago

Ramaphosa has gone to Davos, Switzerland, to assure investors on how he is going to make changes in the struggling SA economy. This comes after an urgent plan was hatched to change the Eskom board.

Sowetan understands lenders want the government to give them guarantees over the billions of rands they were going give the struggling power utility.

There is a strong move by the ANC under Ramaphosa to deal with corruption.

Zuma yesterday attended the ANC lekgotla in Irene, south of Pretoria, where he took part in the discussions of one of the commissions.