Markram and Elgar guts out first session at SuperSport Park 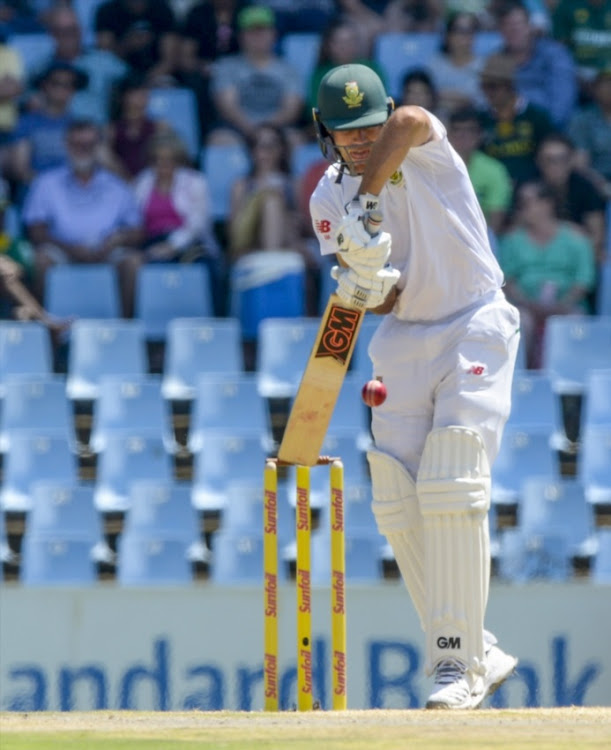 Aiden Markram scored a gutsy half-century to help South Africa to 78/0 after 27 overs at lunch of day one of the second test in Centurion on Saturday.

Markram's second half-century in test cricket arrived in the 25th over when he pulled Hardik Pandya for a single at deep backward square following a spell of 118 minutes at the crease and 61 balls where he scored nine boundaries.

Markram went to the break unbeaten on 51 and with senior partner Dean Elgar on 26 with much work to be done in the second session.

Captain Faf Du Plessis‚ who won the toss in the morning and chose to bat first on a belter of a pitch that had something for the batsmen‚ made only one change‚ with Titans fast bowler Lungi Ngidi coming in for injured Dale Steyn on his home ground.

India captain Virat Kohli made three changes to the side that the lost in the first test in Cape Town last week with Parthiv Patel coming in for Wriddihiman Saha‚ KL Rahul for Shikar Dhawan and Ishant Sharma replacing Bhuvneshwar Kumar.

After 10 overs‚ Elgar and Markram were chipping away with respective scores of nine and 11 as they withstood pressure from Indian bowlers Jasprit Bumrah‚ Mohammed Shami and Ishant Sharma.

Proteas fast bowler Kagiso “KG” Rabada has climbed to the summit of the ICC Test bowler player rankings after he helped South Africa to an exciting ...
Sport
3 years ago

Kohli introduced Pandya into the attack a few overs later but he could not help his side find the breakthrough as the Proteas reached drinks on 36/0‚ with Markram looking comfortable on 25 and Elgar on 10 after one hour of play.

The Proteas clocked 50 runs from 121 balls with Makrkram on 31 and Elgar on 19 in the 21st over as the four-pronged Indian seam attack of Bumrah‚ Shami‚ Sharma and Pandya continued to look for the breakthrough.

Kohli introduced Ravichandran Ashwin in the 20th over but after his four overs by lunch the spinner had not yielded any positive results.

After 23.4 overs India lost a review after Kohli went upstairs without consulting with his teammates and ultra edge showed that Elgar did not make contact to Ashwi’s delivery that was caught behind by Parthiv Patel.