Toss-up between Morris and Ngidi for Proteas 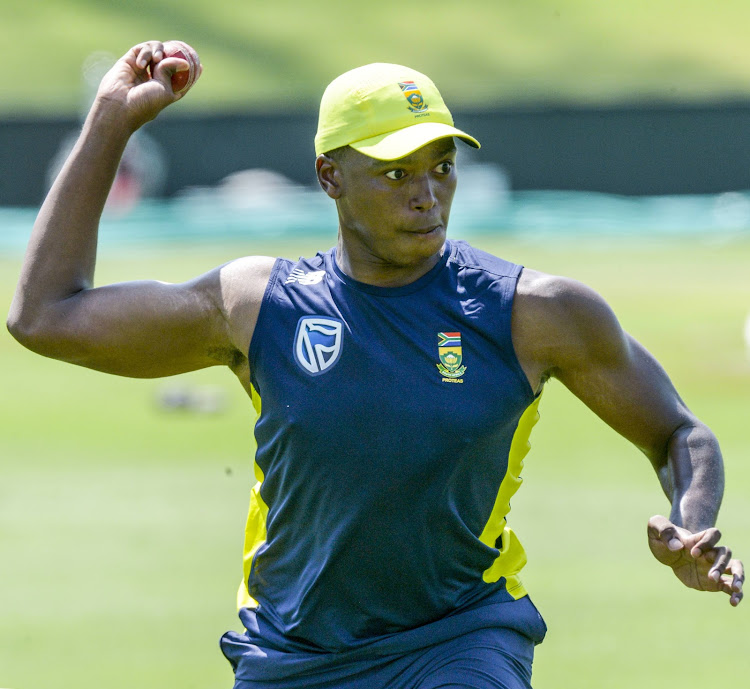 It is a toss-up between all-rounder Chris Morris or fast bowler Lungi Ngidi to replace injured Dale Steyn for South Africa in the second test against India at SuperSport Park in Centurion on Saturday.

Steyn suffered a heel injury during the first test in Cape Town and the Proteas think-tank have to make a change for Pretoria‚ with Morris and uncapped Ngidi the favourites.

Asked about it at his captain’s press conference on Friday afternoon‚ Faf du Plessis admitted SA are faced with a selection headache in deciding who will replace Steyn in this crucial match where the Proteas could wrap up the series with a match to spare.

“To a degree‚ selection is challenging. Obviously we thought that the team that we selected last week was the right team and it worked very well‚” Du Plessis said.

“But we lost Dale (Steyn)‚ who was the world’s best bowler recently‚ and now we have to look at whether we want to keep the same balance of four seamers and a spinner.

“Or do you go with an extra all-rounder? Once again it is a tough selection but at the same time it is a nice headache to have.”

Morris has featured in four test matches‚ the last against England at the Oval in July.

“I look at ‘Morry’ (Morris) as a fourth seamer – if you are looking at a replacement he can be that‚” Du Plessis said.

“Consistency-wise‚ he still has a bit more work to do in terms of being the third seamer. If you play three seamers you consistently have to be on the money.

“Morne Morkel‚ Kagiso Rabada‚ Vernon Philander and Dale Steyn are a step above but he can definitely be used as the fourth seamer. He is someone who is always talked about when we talk about the fourth seamer.”

On Ngidi’s possible role he might play‚ Du Plessis said the quick was picked with the view to the series against India and the future‚ where the Proteas have four tests against Australia in March.

“I have an eye on the future because there is a lot of test cricket coming up. We have the two tests against India and four against Australia later in the year‚” the captain said.

“I have said it often that the success of our team is going to depend much on fast the bowlers who we have in our armoury and that’s the reason Ngidi has been brought into the squad.

“I wanted to take a closer look at what he can do. Before this week I had not seen him bowl at all.

“I wanted to know him and to see what he’s got. There is a lot of talent there‚ which is something that is important.

“There are about five to six bowlers‚ including Duanne Olivier‚ who is also part of this group‚ and for the match on Saturday it is a matter of deciding which one we chose.”