What India need to do to avoid series defeat against Proteas 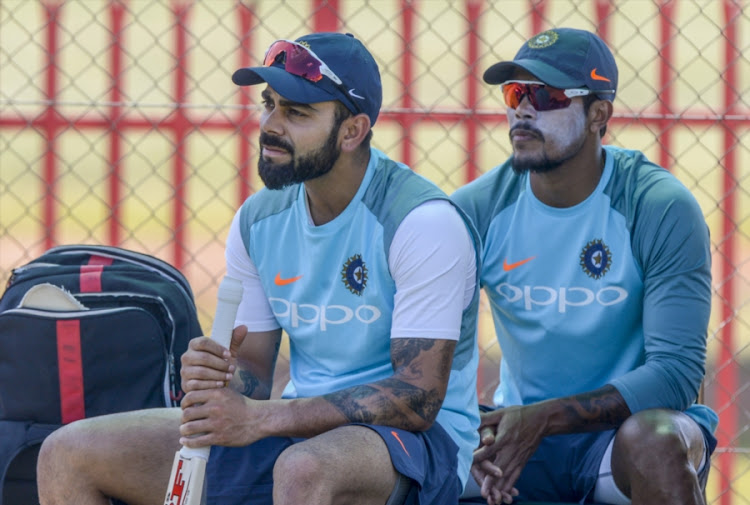 Virender Sehwag could teach batsmen how not to play at Centurion‚ where the second test between South Africa and India will be played‚ starting on Saturday.

It was there that opener Sehwag‚ lugging his reputation as a leading light of a generation of test batsmen who refused to hit the ball anything but hard‚ threw his bat at the third ball he faced and shoved a catch down third man’s throat.

Doubtless that example will be raised as India discuss how to starve off a series defeat‚ the prospect of which became uncomfortably real for them on Monday — when South Africa won a low-scoring Newlands duel by 72 runs.

The match was over after three days’ play and South Africa were victorious despite being dismissed for 130 in their second innings.

Being beaten so efficiently by a team who were on the back foot and should have been kept there wasn’t part of the script the Indians brought with them for a series that‚ they said‚ they were ready to claim for what would be the first time in South Africa.

But they talked a better game than they played on what should be the least hostile pitch of the rubber.

If they couldn’t handle Newlands‚ albeit that it was laced with a spicier surface than usual‚ how will they cope with Centurion’s booming bounce and swing?

Not by batting like Sehwag but also not like Rohit Sharma‚ whose 11 in the first innings at Newlands was the product of an hour-and-a-half at the crease in which he faced 59 balls.

Nor like Cheteshwar Pujara‚ who in the same innings batted for more than two-and-a-half hours and could score only 26 off the 92 deliveries he faced.

That’s evidence of discipline but it also means Sharma and Cheteshwar were close to strokeless. And then they were dismissed having done little for their team’s cause beyond retard its progress.

India played their previous 31 tests in Asia and the Caribbean. In other words‚ on some of the slowest pitches in cricket.

Their uncertainty over how to not only survive but prosper on faster surfaces was sometimes embarrassingly obvious at Newlands‚ and it will only get quicker from there.

Bring back Ajinkya Rahane‚ who was axed in favour of Sharma in Cape Town: a decision that was apparently behind Virat Kohli’s absence from a press conference the day before the Newlands test.

By then‚ word had leaked that Rahane would be left out and the theory goes that Kohli was in no mood to discuss the rights and wrongs of his fate with the Indian press‚ who tend to obsess over such matters.

Well they might in this case. Rahane has scored 17 runs in his last five test innings but he is among the few Indians who has been successful outside India — where he averages 53.44.

Given the fragility of their batting in Cape Town‚ India would do well to retain Sharma as well as recall Rahane.

Seamer Jasprit Bumrah‚ who made his debut at Newlands and did a decent enough job‚ seems the mostly likely candidate for the chop should the visitors look to bolster their batting.

That shouldn’t harm their chances of staying in the game on the bowling front. As South Africa showed after Dale Steyn went down with a heel injury in Cape Town‚ helpful conditions are worth a bowler on their own.

And that should be about that in terms of changes to the XI. India were properly beaten at Newlands but for long stretches of the match they were on top‚ helped not a little by the fact that they had the better of the conditions throughout.

So‚ beef up the batting‚ win the toss‚ and field: no need to worry about batting last in a game that‚ weather permitting‚ isn’t likely to go five days.