Why Centurion is SA’s field of dreams 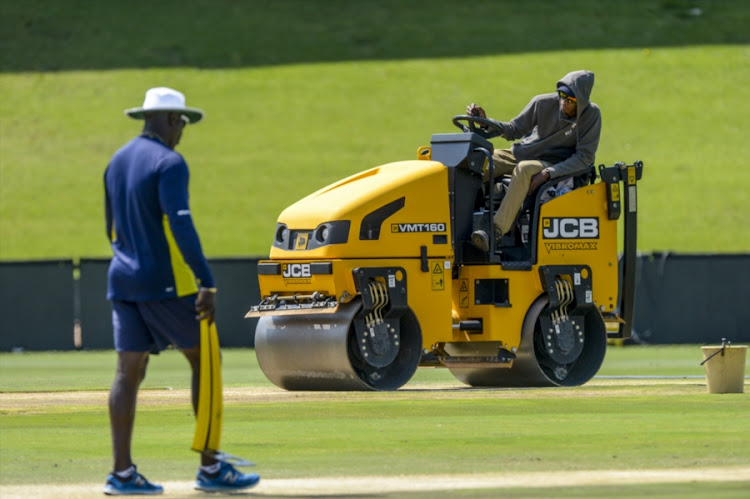 Ottis Gibsongoing about his business as the pitch is being prepared too during the South African national men's cricket team training session and press conference at SuperSport Park on January 12, 2018 in Pretoria, South Africa.
Image: Sydney Seshibedi/Gallo Images

Who says runs are hard to come by in Centurion? Not the record books‚ which list 39 centuries — among them two double tons — made in the 22 tests played there.

Unhappily for visiting teams‚ only nine of those centuries have been scored by non-South Africans. Unhappily for India‚ only once has one of their players made a hundred here.

And he could play a bit: Sachin Tendulkar scored an undefeated 111 at the ground in December 2010.

Even less happily for the team who will play the second test here on Saturday‚ they lost that match by an innings despite racking up a second innings of 459.

That tells you how difficult South Africa are to beat in Centurion. There’s no mountain‚ there’s no steeply banked cauldron of support‚ and there’s only 23 years of test history.

But there is something more valuable and important than all of those peripheral aspects put together: a bulletproof record of success.

Almost bulletproof‚ that is. South Africa have won 17 tests in Centurion and lost only two; to England and Australia.

And England’s two-wicket win in January 2000 would have been a draw had Hansie Cronje not made a deal with the devil to wrangle a result after three days had been lost to rain.

Centurion hosted its inaugural first-class match as recently as December 1986 and its first test nine years later‚ but it’s as if South Africans were made to play here.

It bounces. It swings. It seams. It does everything except turn. And‚ once batsmen have overcome those challenges and middled it‚ the ball races across the outfield as if something nasty is chasing it.

Little wonder that all four test teams from the diametric opposite of all that‚ the Asian subcontinent‚ have not only never won or drawn a match here but also all been beaten by an innings at least once.

Zimbabwe‚ New Zealand and West Indies are also members of this sorry club and Sri Lanka have suffered the indignity twice.

There’s context for you. Centurion has helped reduce proud‚ strong teams like India and Pakistan to the risible standards of Zimbabwe and West Indies.

How do you beat South Africa here?

Save for finding a gambler or bookmaker with dressing-room connections‚ by unleashing a mustachioed‚ left-arm gunslinger at the height of his powers to take 7/68 and 5/59.

Those were Mitchell Johnson’s figures in February 2014‚ when Australia won by 281 runs.

India’s attack‚ like every other team’s‚ does not harbour anyone like Johnson. So they might be interested to know that another‚ altogether different moustachioed‚ left-arm gunslinger took 6/67 in the second innings in Centurion’s original first-class match.

Ravichandran Ashwin is neither moustachioed nor left-armed‚ but he might want to know that other bowler’s name: Alan Kourie.

If the quintessential crafty slow bowler can take wickets on his first visit to non-turning Centurion‚ what price an off-spinner blessed with similar intelligence and attacking intent?