Kevin Lerena promises another stoppage as he hunts title 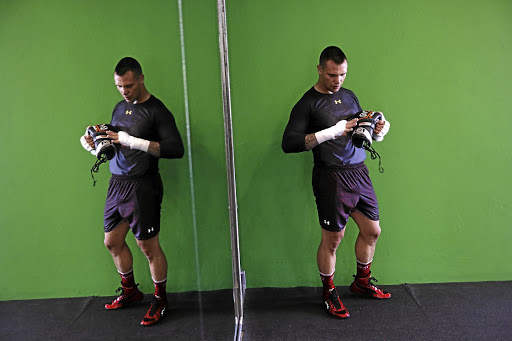 Kevin "Two Guns" Lerena's word is his bond - when the reigning IBO cruiserweight boxing champion promises to knock you clean out, he just does that with ease.

He vowed to do the number on both Artur Mann and Sefer Seferi, and indeed they were done and dusted in rounds four and three respectively.

Lerena - who has no amateur background - turned professional in 2011. He is a gym fanatic whose work ethic helps him make up for his shortcomings. He has left 11 of his 24 victims gasping for air.

The former horse-racing champion jockey has a single loss, on points, to Johnny Muller who suffered a stoppage loss in their rematch.

Lerena puts his belt on line for the sixth time against former WBA holder Firat Arslan in Goeppingen, southern Germany, tomorrow night and he predicted a short-route win over the German veteran.

"I am feeling really good," declared Lerena yesterday. "It's gonna be a tough fight; he brings a hard tempo but I am ready. I predict a stoppage."

Trained by Peter Smith, Lerena said he was excited about the fight. "I am focused on this fight because I know big things are to come for the future," said the 27-year-old who could challenge interim WBA champion Ryad Merhey in May if he beats Arslan.

The fight is on SuperSport at 9pm.