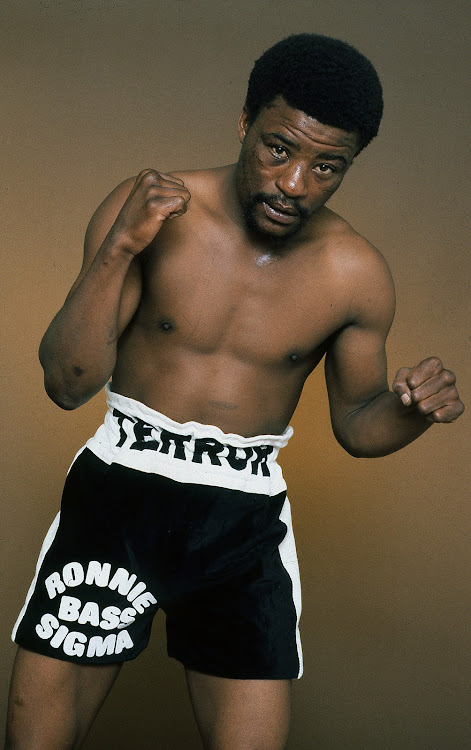 SA boxing is reeling in shock after Peter Mathebula‚ the first black man to win a boxing world title‚ died after a long illness in Mohlakeng‚ Randfontein on Saturday night.

Mathebula‚ 67‚ affectionately known as “Bra Terror” has been battling with illness for a while and made several trips in and out of hospital.

Her daughter Thembi Mathebula said her father was first admitted to hospital in November before he was discharged to spend the whole of December with his family.

“But in January we could see that his condition was getting worse‚ so we sent him back to hospital where he passed away after three weeks of his admission‚” she said.

“The legend has gone‚ long live the legend‚” Lejaka said.

“Not only was Bra Terror a trailblazer‚ but he was the gentleman of the sport through and through.

"He is one of the people who played a big part in shaping our boxing as he led it to its first international recognition when he became the first black man to win a boxing world title.”

Mathebula made history when he dethroned Tae-Shik Kim of Korea for the WBA flyweight title in Los Angeles‚ US in December 1980.

His win was a big punch for black boxing‚ especially at a time when apartheid was at its worst period.

The fame‚ however‚ got the better of him as he could not handle the attention that came his way out of the ring.

It was no surprise when he surrendered his title to Argentina's Santos Laciar at Orlando Stadium in Soweto in his first title defence four months later.

The loss sparked a downward spiral for Mathebula's career as he lost back-to-back bouts to Venezuelan Betulio Gonzalez.

He finally threw in the towel two years later with a record of 36 wins in 45 fights with just nine losses.

Mathebula has been a regular feature in boxing events having been honoured with numerous accolades.

His funeral arrangements are yet to be decided.

Written off as a has-been, the sleeping giant of South African boxing, Thabiso "The Rock" Mchunu, has awoken and his future is shining bright once ...
Sport
2 years ago
Next Article