Kholosa out to avenge disputed loss 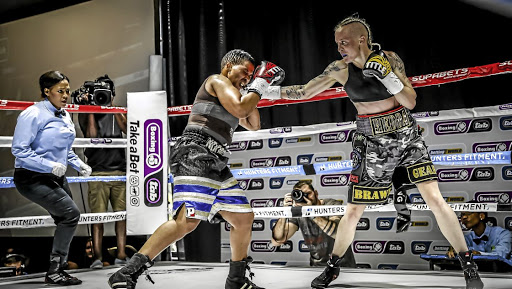 Ndlovu wants Kholosa to win with a stoppage tomorrow to avenge the "controversial" loss to Wolmarans. The six-rounder will headline the nine-bout card of Unleashed Combat Sport.

The development tournament will take place at the Portuguese Hall in the south of Johannesburg.

The female boxers' first fight, which took place at Turffontein Racecourse, earned them an extra R5000 each.

"Kholosa won that fight. The least they [judges] could have done was declare it a draw," said Ndlovu yesterday.

Promoter on the hunt for female boxers

Shereen Hunter is on a mission to assist in the production of female boxing stars.
Sport
2 years ago

"I did not even train her for the first fight because she came on as a late replacement for Bongani Vukea. We trained very hard this time and we intend to win by a knockout. Come what may, we are going to avenge that controversial decision."

Kholosa, of Klerksdorp, is the SA lightweight champion. She has 10 wins and five losses.

Ndlovu's opposite number Colin Nathan said: "I expect a tough fight, more so because Kholosa took the previous fight on short notice. I expect her to be a lot sharper this time. But we are ready.

"I dearly wanted this rematch for a championship bout but there was no one willing to fight us until Kholosa came on board."

Wolmarans, a Joburger, is undefeated in three fights.

In the other bouts, Mike "The Tank" Schutte Junior will have his second fight in the professional ranks against Danny Ngokwey from Congo, while Lebo Mashitoa will also have his second bout against Ngokwey's countryman Beleshay Srge Mukayana.

There will be six more bouts and action will begin at 12pm.