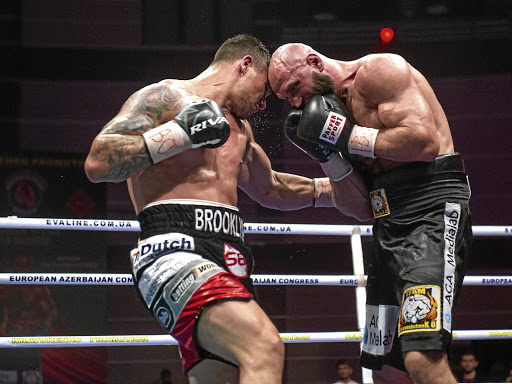 Peter Smith is not one of those greedy boxing trainers who will throw their charge into the lion's den purely for the 10% of the boxer's purse money, even when chances of victory are slim.

It is a huge platform for any boxer but Smith does not want Lerena to just make up the numbers.

Lerena must knock Golovashchenko out

Kevin "Two Guns" Lerena will be best advised to knock the hell out of Roman Golovashchenko to retain his IBO cruiserweight belt in their championship ...
Sport
3 years ago

The offer for Lerena to take part came after his calculated performance in retaining his belt on points against Ukrainian Roman Golovashchenko in Azerbaijan last weekend.

"I have to make a valid choice and decision in the meeting that we will have with promoter Rodney Berman next week because I don't want us just to make the numbers," said Smith yesterday.

Smith, a former heavyweight contender, added: "I was very much impressed by Kevin's performance last weekend. The competition for Kevin has risen dramatically and I think he showed top contenders that new blood is coming up. Kevin is making a global impact and has opened doors not only for himself but the sport in general."