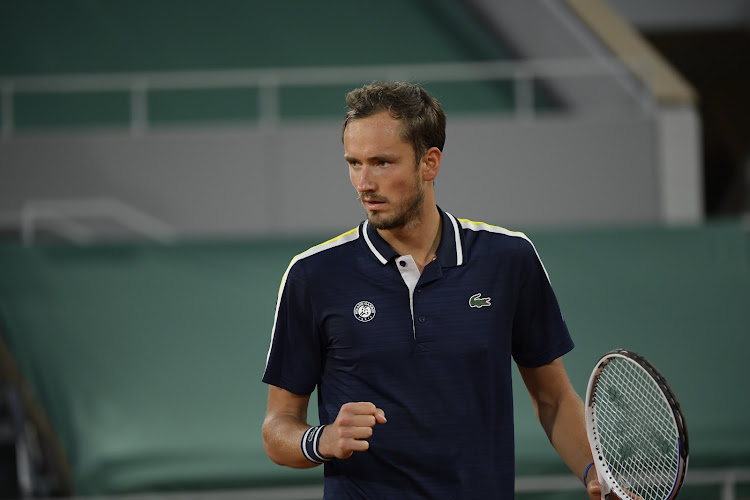 The late matches are being played without fans on Court Philippe-Chatrier because of the 9pm curfew.
Image: French Open/Twitter

World number two Daniil Medvedev said French Open organisers "preferred Amazon to people" by scheduling his quarter-final match against Stefanos Tsitsipas in Tuesday's night session, when fans are unable to attend due to a Covid-19 curfew.

Amazon has exclusive TV broadcast rights in France for the night sessions, which are taking place for the first time at Roland Garros.

The late matches are being played without fans on Court Philippe-Chatrier because of the 9pm curfew.

"Our match was definitely the match of the day, so Roland Garros preferred Amazon to people," said Medvedev, who lost 6-3 7-6(3) 7-5 to Tsitsipas.

Tournament director Guy Forget told the Tennis Majors last week that organisers had a "commitment" with Amazon to put the match of the day in the night session slot.

Medvedev said the decision was driven by money and that it reminded him of the 'Drive to Survive' documentary series about Formula One, where the 2020 Australian Grand Prix was set to take place despite a Covid-19 outbreak in the paddock.

"When the pandemic started, they were in Australia ready to race and they asked Lewis Hamilton what he thought about racing in the conditions the world was in right now," Medvedev said.

"He said, 'I don't know what we are doing here'. So they asked him, 'Why do you think they make you race?' He said 'Cash is King'.