No fans at Serbia Open this year, says Djokovic's brother 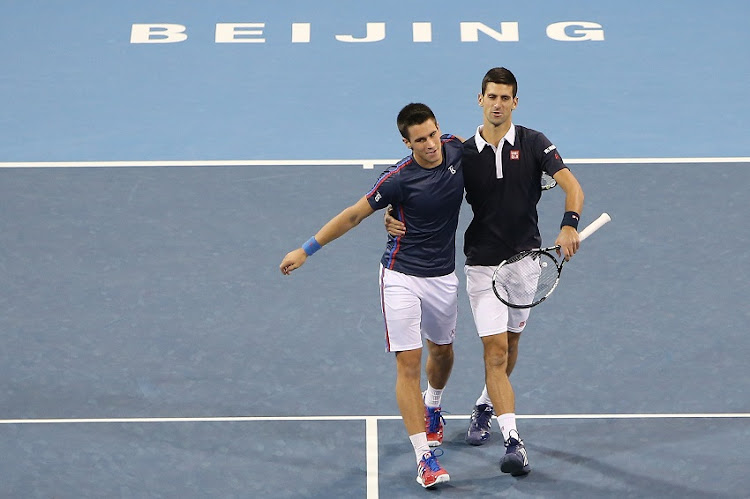 Novak Djokovic of Serbia and Djordje Djokovic of Serbia react after the losing the match against Vasek Pospisil of Canada and Jack Sock of the United States during the day six of the 2015 China Open at the China National Tennis Center on October 8, 2015 in Beijing, China.
Image: Emmanuel Wong/Getty Images

Fans will not be allowed to attend the April 19-25 Serbia Open as the tournament will be held in line with measures to control the COVID-19 pandemic, organiser Djordje Djokovic said on Saturday.

The Adria Tour charity event, organised last year by world number one Novak Djokovic, Djorde's brother, in Serbia and Croatia, was attended by up to 4,000 fans and ended in fiasco as he and several other players contracted the coronavirus.

With no social distancing in place among fans, many of whom did not wear masks, Novak Djokovic was widely criticised after video footage emerged of him and other players partying in Belgrade's night clubs.

"Unfortunately, there will be no fans this year as we're in a difficult situation with a lot of people contracting the virus on a daily basis," the ATP 250 event's organiser Djordje Djokovic told Serbia's Nova S television.

"It's a very difficult year for everyone and the restrictions have resulted in a lot injuries. Regrettably, Borna Coric and Stan Wawrinka have had to pull out but it's still going to be a very strong field.

"Apart from Novak, Dominic Tiem, Gael Monfis and Aslan Karatsev will enter the tournament, as will Serbia's Filip Krajinovic, Laslo Djere and Miomir Kecmanovic. A lot of top 30 players will be here."

The Serbia Open was initially held from 2009 to 2012 at Djokovic's claycourt complex by the Danube river in downtown Belgrade but it was scrapped after failing to draw big names such as 13-times French Open winner Rafael Nadal.

The tournament, which was used by Djokovic and other players to warm up for the French Open and drew sellout 7,000 crowds, returns this year to replace the Hungarian Open which was played from 2017 to 2019.