Unusual chance for SA runners to qualify for Olympic marathon

ASA approves a 50km race to act as qualifier 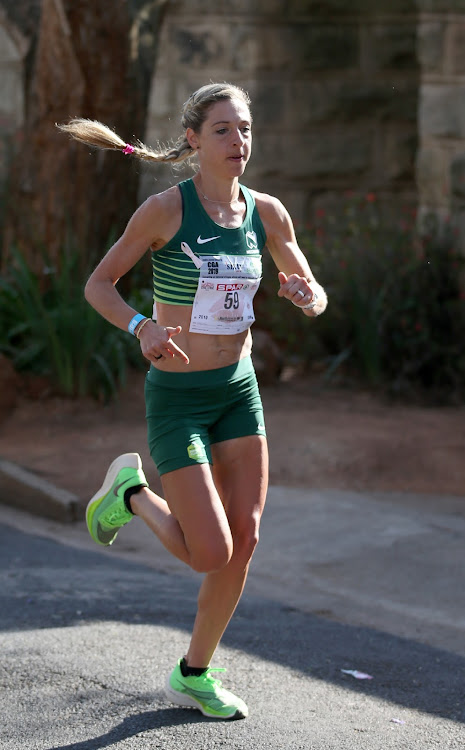 Athletics SA (ASA) is planning to use the Nedbank Runified Breaking Barriers 50km ultra-marathon in Gqeberha on Sunday as part of the qualifiers for the 42.2km Olympic marathon.

The banking giants put together a race to allow the top ultra-marathon runners an opportunity to break the 50km world record. Also in the running are athletes from East Africa among other internationals.

Given lack of opportunities for standard marathon (42.2km) events in SA currently, due to Covid-19, ASA will allow the local athletes to use the race to qualify for the Olympics in an unprecedented development.

The men's qualifying time is 2:11:30, while the women's is 2:29:30. This means those who qualify will be timed for the first 42.2km they run in the 50km race. This development should come as good news to local Olympic hopefuls who had already given up on qualifying due to lack of races and opportunity to travel for races abroad.

The deadline for Olympic marathon qualification is at the end of the month.

Meanwhile, the eagerly awaited 50km ultra-marathon record attempt on Sunday will start with the women's race at 7.15am, and followed by the men's race at 7.45am. Britain’s Aly Dixon is the women's 50km record holder with a time of 3:07:20, while the men's record is held by the late SA long-distance sensation Thompson Magawana.

Philemon Mathiba of Nedbank Running Club, Lutendo Mapoto and Sithembiso Mqhele of the Murray & Roberts Running Club are some of the prominent male runners confirmed for the historic event in Gqeberha.

The winner in both men's and women's races will walk home with the prize money of R100,000.

“It is all systems go and we are happy and are behind this race. We see this as a chance for the men and women who have not qualified for the Olympics to try their luck [to qualify]. We will measure their time by 42.2km and if they go on to finish the 50km race that would be a bonus,” ASA president James Moloi told Sowetan yesterday.

The field is confirmed at 70 men and 35 women. All Covid-19 protocols will be adhered to, according to the organisers.

Runner fails to secure a race overseas
Sport
11 months ago

Caster Semenya will make a bid for Olympic qualification in the 5‚000m in Durban on May 28‚ according to her SA-based manager Lee-Roy Newton.
Sport
11 months ago

The sprint sensation clocked in at 9.94 sec
Sport
1 year ago
Next Article